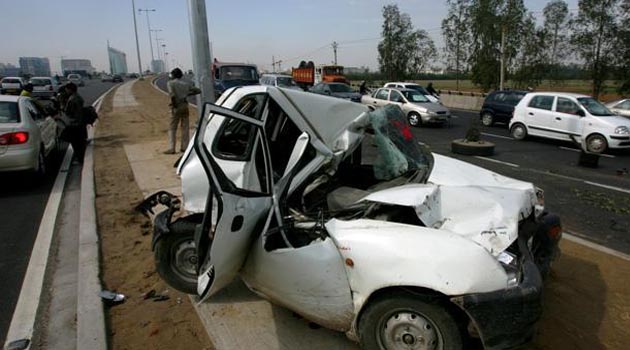 A hit-and-run case has turned out to be a cold-blooded murder plotted by a man eyeing his wife’s insurance amount of nearly Rs 2 crore.

Shalu Devi (32) and her cousin Raju (36) of Jaipur were travelling to Samod temple on a bike when an SUV mowed them down near Harmada on the Jaipur-Sikar road on October 5.

Preliminary investigation hinted at a road accident, which is commonplace on that stretch of the busy highway. However, the accident probe took a dramatic turn about 20 days ago when the police discovered that Shalu’s death could help her husband get a whopping Rs 1.90 crore in insurance money.

Rana said the police have arrested Chandra, Rathore and two other conspirators — Rakesh Kumar and Sonu Singh. The investigation team that included ACP (Chomu) Rajendra Singh and SHO (Harmada) Hari Pal Singh then found that Chandra had bought an insurance cover for Shalu this year even though the couple’s marriage had been strained and they had been living separately since 2017.

“About 20 days ago, we found the insurance angle into the case. This was surprising given that Shalu had filed a case of dowry harassment against Chandra back in 2019,” said the SHO.