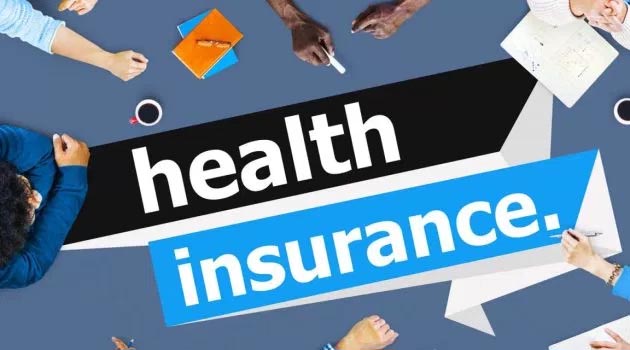 Health Insurance article
December 8, 2010April 4, 2020 Bimabazaar- Adminstrator 791 Views 0 Comments current Premiums, Family Welfare Programmes, Government Health Scheme, Health Infrastructure, health insurance, health insurance claims, health insurance products, healthcare in rural India, Healthcare Scenario, insurance claim, Insurance industry, Premium Structure, rural India, The insurance times, v
The level of healthcare spending in India, currently at over 6% of its total GDP is considerably higher than that in many other South Asian developing countries. Moreover, more than three-quarters of this spending includes private out-of-pocket expenses. Despite such a high share of expenditures by individuals, the provision of healthcare, that is adequate in terms of quality and access, is becoming more and more problematic. Especially, in rural India, public delivery of healthcare is really poor in quality, presumably for reasons of inadequate financing. This highlights the need for alternative finances, including the provision of health insurance on a much wider level.

India has a multiplicity of treatment regimes. These range from the allopathic system to traditional home remedies. The advantages of standardization, packing, and storage, documentation methods of dispensation has ensured that the allopathic system is more acceptable. Quality of life about health can be gauged by morbidity information. NCAA study shows that both short-term morbidity (diarrhea, cough, unspecified fevers) and major morbidity (epilepsy, heart disease, hypertension, diabetes, mental disorders, and leprosy) are disproportionately high among the vulnerable population including wage earners and those with low levels of income. About 20 per thousand children in the 0-5 age groups and 29 per thousand children in the 5-12 age groups suffer from physical disabilities such as hearing impairment, speech impairment and locomotor disability. Almost 80% of the diseases in India are waterborne or caused by water bodies typhoid, hepatitis A, malaria, filaria, etc. It is primarily the rural poor who are most affected. About half of India does not have any source of protected drinking water. The quality of health is far behind the level of satisfaction.

While considerable progress has been made in improving the health status of the Indian population, the current status still compares poorly with that of many other developing countries. This is surprising as India spends a comparatively large share of its GDP on health. The country’s policy towards health has traditionally identified the provision of primary healthcare as the state’s responsibility and encouraged the establishment of a countrywide, state-run primary care infrastructure. The role of the central government has been limited to Family Welfare Programmes and the Design of Disease Control Programmes. The policy has traditionally remained silent on the role of the private sector in the provision of medical care. Notwithstanding this, the private and voluntary medical care sectors have developed to meet the increasing demand for medical care services. The medical care infrastructure in India includes over half a million doctors, more than 15,000 hospitals and over 9,00000 beds. The government runs a multi-tiered, partially integrated medical care system. The private and voluntary sector is largely fragmented and is dominated by the nursing home segment. Despite a highly extensive medical care investment in the public sector, its utilization had declined over time and accounts for 43.8 percent of all hospitalization cases in rural India and 43.1 percent in urban India. Even in the out-patient medical care segment, the private sector dominates. The inadequacy of resources in government-run medical care infrastructure had led to severe underutilization of its facilities (as much as 50 percent in rural areas) and shifted the demand towards private providers. The key trends that are likely to alter the demand for medical care services include changing demographic profiles (towards a higher proportion of the aged), epidemiological transition, non-communicable diseases and increasing concerns about the quality of care among users. The rural healthcare, however, depends on primary health centers, sub-centers, community health centers. But, there is a huge gap between the requirement and functioning. The composition of the total health spending varies greatly in Rural and Urban areas. The expenditure on non-hospitalized illness in the Rural household is Rs.90.48 and in the Urban household is Rs.113.93. The per-capita expense for expenditure on hospitalized illness for the Rural household is Rs.1044; for Urban households is Rs.1196.87 (Report from Prime Ministers Council on Trade and Industry). People in rural areas have poor access to healthcare services. As a result, a substantial portion of expenditure incurred on health by the rural population is incurred on accidental expenditure, transportation, and bribes, which do not directly contribute to any healthy gains. India lags far behind in the availability of hospital beds compared with most other eminent economies. However, this may not be as serious an issue as urban-rural distribution of hospital beds. As India begins to adopt more efficient hospital management practices, the patient’s length of stay in hospital will decline rapidly. However, accessibility of services is likely to resolve the problems in rural areas for some time to come, unless urgent measures are taken to correct this imbalance.

Structure of Health Insurance in India

The health insurance sector has not made much headway in India. Overall, only a small percentage (less than 9) of the Indian population is covered by some form of health insurance. The ESIS covers only the organized industrial workforce, the General Insurance Corporation has introduced voluntary coverage for hospitalization under Mediclaim and Jan Arogya Bima Policy. Also, all Central Government employees are covered under the Central Government Health Scheme (CGHS) through a network of hospitals and dispensaries in large cities and state capitals.

The availability of improved health services to the poor indeed is one of the important priorities before the Government. Since government means are limited, private sector involvement in providing health services to rural areas is necessary. However, private health care is costly and in a majority of the cases, it is beyond the means of the average rural household. Under such circumstances, health insurance coverage of rural people can be a viable and vital means for getting health care services. To implement successfully health insurance coverage to the rural household, it is necessary to understand the basic dynamics of consumer preferences, acceptability, and pricing of health insurance products. To make health insurance schemes attractive, special attention is needed to restructure the entire system. This suggestion applies to all the health insurance agencies, be it the GIC or any other organization alike. In addition to regulation of Premium Structure, Exclusion Clauses, Extent of Coverage, etc, the following measures may also be necessary : Finally, we can say that there is an immense need for massive propaganda to develop consciousness among the people regarding the need for financing health care in the context of high out-of-pocket expenses on health. If we can successfully use insurance in covering our health hazards we might create headway in front of the entire south-east Asia to come up with a solution to this formidable challenge to the society. References have been taken from various sources. By Mrs. Srabanti Chakravarti (Mukherjee), Lecturer in Marketing, EIILM University, Published in The Insurance Times, May 2004