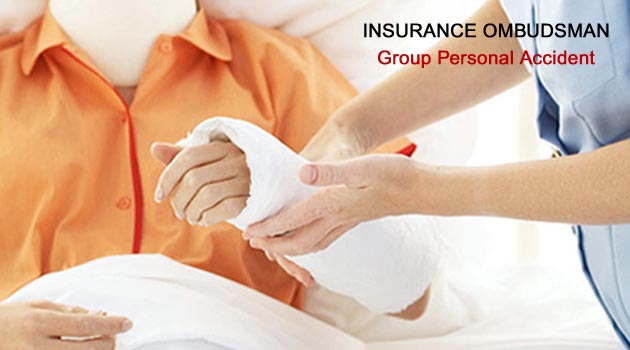 FACTS Mr. K. Lakshminarasimha Rao opted coverage under Master Group PA Policy issued by the Respondent,M/s ‘Royal Sundaram’, from 5.2.2011 and covered himself and his wife under Plan-4 cover, i.e. for a SI of Rs. 20 Lacs. The policy was renewed continuously. He sustained head injury due to accidental fall on 08.12.2016 and died while undergoing treatment in M/s Gurunanak Care Hospital, Hyderabad on 11.12.2016. The claim was intimated to the insurer and hospital documents were furnished to settle the PA benefit under the policy, i.e. Rs. 20 Lacs + 25% CB accrued on the 2016-17 Policy. The insurer sent rejection letter on 17.05.2017 on the ground that since no PM was done there was no conclusive evidence regarding the cause of death; hence they were unable to settle the claim. Smt. K. Rama Poorna stated that it was represented to the insurer to review the decision referring to the news item published in their website by taking precedent of an award passed by a Forum that FIR and PM reports are not warranted when an insured person dies after a serious head injury at his home. FINDINGS The complainant stated that when her husband was admitted in hospital after accidental fall at home, the doctors found that there were blood clots in his brain and they were due to sudden fall only. While undergoing treatment he died in the hospital for blood clots in the brain. The claim was not admitted by the insurer for non submission of FIR & PM Reports. The complainant represented to review the decision by referring to the a news item posted in their portal about an award issued by CDRF, Ahmedabad which directed the insurer to admit the claim even without FIR & PM report where an insured dies of serious head injury sustained at his residence. The insurer contended that as per General Conditions No.4 of the policy, Post Mortem Report is a mandatory document for processing of any PA death claim. Since there was no PME report which was a primary and mandatory document to determine the accidental nature of the death and to confirm the admissibility of the claim, the complainant’s claim was rejected. DECISION The crux of the complaint is whether the insurer is justified in rejecting the PA claim for non-submission of PM Report. In the present case, on perusal of the documents it is noted from the hospital records that the deceased was presented with history of accidental fall from bed and sustained head injury with history of decreased level of consciousness. Since it was a fall from the bed at home, NO FIR nor PM report was filed by the claimant as they rushed the insured to the hospital. This Forum perused the CT brain scan report shows that there was hemorrhagic contusion in right temporal lobe and extra dural hemorrhage in left temporal region. As per the death summary of the hospital, it states that there was sub-dural hemorrhage in the brain. Sub-dural hemorrhage generally results from head injury. Thus, it is reasonable to believe that the death took place due to head injury. The insurer could not produce any evidence to prove that the clots in the brain did not result from the fall from the bed, the insurer is not justified in insisting for PM report when the hospital record clearly confirms that the cause of death was proximately due to head injury as a result of accidental fall from bed. Therefore, the Forum is inclined to conclude that the insurer is not justified in repudiating the claim merely because no Post-Mortem is conducted. The insurer is directed to pay the amount of Rs.25 Lacs with interest in terms of Rule 17/70 of the Insurance Ombudsman Rules, 2017.