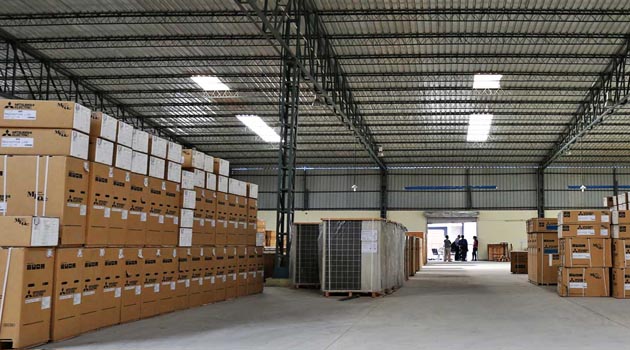 Complainant: The Complainant stated that he procured Burglary Standard Policy No. 321201/48/2011/1030 from the above Insurer covering the period from 24.08.2010 to 23.08.2011. While the policy was in force, on 24.04.2011 there was theft in his Godown. He informed Police as well as the Insurer about the theft. Thereafter, he lodged a claim for Rs. 1,10,237.88 before the Insurer along with all supporting documents. But, the Insurer settled the claim at Rs. 57,000/- and sent a Discharge Voucher for Rs. 57,000/- only. He refused to accept that amount and returned the same to the Insurer. Being aggrieved, the Complainant has filed this complaint. Insurer : The Insurer has stated in their “Self Contained Note” that a theft claim intimation was received from Mr. Deepak Swami s/o the Insured on 25.04.2011 that on the night of 24.04.2011 some unidentified person cut the lines of the godown and took away cigarettes. They deputed their Surveyor to assess the loss and the Surveyor vide report dated 22.08.2011 has assessed the loss for Rs. 57,586/-. They have settled the claim at Rs.57,000/- and discharge voucher for Rs. 57,000/- was issued to the Insurer for making the final payment. They sought clarification from the Surveyor on assessment of loss and the Surveyor clarified that the godown was empty at the time of his visit on 03.05.2011 and on query the Insured replied that the entire goods were shifted to other godown. The Surveyor could not take the inventory of left out stock. So, their liability in this case is found limited to Rs. 57,000/- as assessed by the Surveyor. Decision : It is an admitted position that the Complainant Mr. Madan Gopal Swami procured Burglary Standard Policy No. 321201/48/2011/1030 from the above Insurer covering the period from 24.08.2010 to 23.08.2011 for a Sum Insured of Rs. 60.00 lacs. It is stated that while the policy was in force, on 24.04.2011, a burglary was committed in the Godown of the Complainant, the copy of FIR also extends support to this fact. It is also apparent from the copy of FIR that the Nagaon P.S. Case No. 605/2011 was registered under Section 457/380 IPC. It is further admitted by the Insurer that they received the claim intimation from the Complainant in time and they deputed their Surveyor to assess the loss. It appears that the Surveyor visited the premises of the Complainant and he assessed the loss on stock due to burglary as Rs. 57,586/-. It is an admitted position that the Insured has settled the claim at Rs.57,000/- and they sent a Discharge Voucher for the said amount to the Insured. But the Insured refused to accept that amount. The representative of the Insurer has stated that the Insured shifted his goods to other Godown before arrival of the Surveyor and therefore, the Surveyor could not make physical inventory. The Insured claimed that he shifted full cigarettes cartoons after obtaining verbal permission from the Insurer. It is fault of the Insured that he shifted the full cigarettes cartoons before arrival of the Surveyor without obtaining written permission from the Insurer. Therefore, there was lapse on the part of the Complainant for not giving scope to the Surveyor for proper assessment of the loss. Hence, the assessment of the Surveyor and the settlement of the claim by the Insurer cannot be said to be improper. Considering the entire matters as discussed above, I am of the view that the Insurer has settled the claim as per terms and conditions of the policy as assessed by the Surveyor. The Insurer is directed to issue a fresh cheque for Rs. 57,000/- in favour of the Complainant and arrange to send the same to the Complainant within 15 days from the date of receipt of the letter of acceptance of the Award from the Complainant.