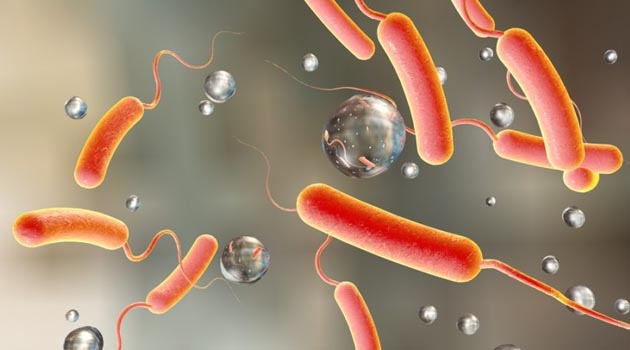 Health Insurance article
September 13, 2018 admin 1350 Views 0 Comments Ayusman Bharat Insurance scheme, CHALLENGES AND DILEMMA, GENETIC DISORDER
Disputes between contracting parties do come up in commercial world in terms of interpretations of words, clauses, duties, obligations, etc. particularly when one of the contracting parties gets affected financially which is triggered by a perceived nonperformance by the other party. Insurance policies are no exception. General Insurance policies,  the long period of its evolution notwithstanding, are exposed to such claims and counter claims.  This is because the policies are elaborate documents with recitals, schedules, terms, conditions, covers, exclusions, excesses, warranties, assignments, endorsements full of  legal, quasi legal, technical words and   clauses. The policies have  arbitration condition which can be invoked in case of disputes in quantum only and not disputes on cover and liability. Many times such disputes are agitated in Consumer Courts and Ombudsman, sometime in civil courts. The recent Delhi High Court judgement on the fundamental and crucial issue of exclusion of Genetic Disorder from the health insurance policy is such an   issue. This has generated a lot of discussions and has engaged IRDAI to rethink and formulate regulations afresh.

Mr. Jai Prakash Tayal had insured himself and himself and his family members under a mediclaim insurance policy with National Insurance Company since 2002 for sum insured of Rs 5 lakh each continuously. He renewed the same with United India Insurance Co.  w.e.f. 2006 till 2012. He suffered from HOCM, Hypertrophic Obstructive Cardiomyopathy, a disease of unexplained thickening of heart wall, got medical treatment in Fortis Hospital and preferred a claim with the insurer. The insurer enquired with the treating doctor of Fortis Hospital and found on record that HOCM was a genetic disorder which falls under the clear exclusion 4.17ie genetic disorder and stem cell implant surgery of the policy in force and communicated repudiation of the claim. The claimant agitated against the decision in the civil court on the following grounds: The insurer argued that the exclusion is inherent and express in the policy which is common to all health insurance policies in India and hence legal .More over a policy being a legal contract, the insurer is justified in repudiating the claim on the strength of the exclusion 4.17

The trial court dwelt upon on the dispute on the exclusion and held that the exclusion was discriminatory and not notified to the insured and his consent not taken as this became a new insertion though policies were renewed without gap. That the same insurer had admitted the claim and indemnified the insured for the same disease twice earlier   makes it illegal to exclude the same on genetic disorder exclusion in subsequent renewals. The insurer, United India Insurance Company, appealed against the trial court award in Delhi High Court   and their Counsel argued that Genetic Disorder exclusion under the existing policy was as per IRDAI guidelines common to all health insurance policies and the contract of insurance was sacrosanct and should not be over ruled.

Delhi High Court dwelt upon the implications of   genetic disease exclusion vis-a-vis the citizens’ fundamental rights conferred by the Indian Constitution as under: Article 14 – Right to equality before law and to equal protection of law- The court held that denying health insurance on the ground of genetic predisposition is discriminatory and amounts to unequal treatment to a citizen as against other citizens and thus  violates  this article of fundamental right. Article 21– Right to Life- This is the most important fundamental right of a citizen which assumes significance in terms leading a secured, healthy and dignified life. Health is fundamental to a good life and court held that no one can be denied this right to health.

Important Observation of the High Court:

While dismissing the appeal and confirming the trial court award in favor of the insured the High Court directed the IRDAI to seriously look into the exclusion, legality, clarity  and precision and to ensure that these are corrected to ensure that the fundamental rights under Article 14 and Article 21 are not contravened.

IRDAI, in conformity with the High Court direction, immediately issued circular to all insurers to immediately discontinue application of this exclusion in current or future policies and claims till further order which now remains in force. In the meantime IRDAI has constituted a committee to comprehensively examine the exclusions as a whole including genetic disorder. In the light of the developments in new research, treatment, management of various diseases and the new procedures, day care protocols, the Committee shall come out with scientific, legal, simplified conditions and exclusions including standardized wordings with no scope for various interpretations.

Cutting edge genetic research, human genome research, is revealing the possibility of identifying the abnormally mutating gene which may trigger a disorder in the person in future and neutralize the same to ensure elimination of malignancies. The crucial step here is to get the testing done in advance which should be affordable to common people. The treatment expenses being very high, whether this becomes an option for them. One important fact is that a genetic disorder triggering gene may or may not definitely result in disorder as factors like diet, air quality, mental attitude and habits play important role in onset or other wise of the apprehended disease ETHICAL AND MORAL ISSUES : Many countries are a part of the international convention which prohibits genetic data from being shared except with the consent .India is a signatory to this convention. This is to ensure citizen’s right to privacy and dignity. With so much heat being generated on the privacy issue in Aadhar, this is unlikely. DILLEMMA FOR THE INSURERS : WAY FORWARD : We have to wait and watch what IRDAI decides on the possible recommendations of the committee. The possibilities and acceptable middle ground may be as under- In the past New India Assurance had a product named Birth Right Policy which covered all prenatal defects with no genetic disorder exclusion for the conceived child where the expectant mother was supposed to take the policy within 3 months of conception. The defect should be discovered within 200 days of delivery and the sum insured was specified and on payment of additional premium extra sum assured could be taken. The premium was affordable. This was a futuristic and welfare oriented policy which was not marketed and sold in spite of being an excellent product. This policy is conceptually the one that can be the foundation for covering similar risks with time limits, sum insured limits, per treatment limits to adhere to the principles and fundamentals of an insurance contract and ensure viability. The group corporate health insurance policy has no genetic disorder clause and the fact that it is there in individual policy also point to an injustice to a common man. The Ayusman Bharat Insurance scheme, world’s largest, intending to cover 50 crore people of the country is an omnibus policy covering almost all ailments. At one go this exclusion will not be applicable to 40% of population.   The huge data from this scheme can come in handy for insurers to formulate their cover in terms of genetic disorder for rest of the population who may take policies with them. This is an example of Judicial Activism of Indian courts which scrutinize public policies in the litmus test of Fundamental Rights of citizens and starts the ball rolling for fundamental changes.