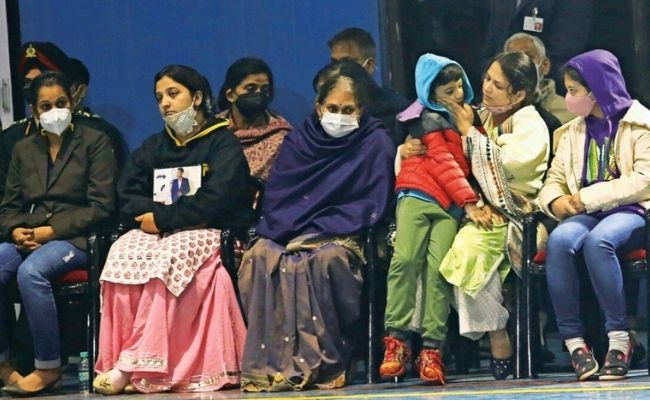 PSU general insurers, including New India Assurance (NIA) and United India Insurance (UII), rushed to settle the personal accident (PA) claims of all military personnel, including the first Chief of Defence Staff (CDS) General Bipin Rawat and Brigadier LS Lidder within hours after they lost their lives in a tragic helicopter crash in Coonoor.

For UII, the crash victims were covered under its State Bank of India (SBI) GPA Policy for account holders and all these claims worth around Rs 30 lakh each were settled in record time of 30 minutes on receipt of documents, a feat never heard of in the industry, sources said. Life Insurance Corporation (LIC) is also in the process of settling the claims, said an official.

Brigadier Lidder was covered under a policy issued by the Mumbai Large Corporate Broker Office-2, which covers defence personnel having salary accounts with Axis Bank. “NIA holds our defence personnel on the highest pedestal and this act of settlement of claim is our way of offering deepest respects to the departed soul and support to the family,” said Atul Sahai, CMD, NIA.

“UII settled the GPA claims of all the decorated army and IAF officers including CDS Bipin Rawat in record time post the tragic helicopter crash. They were all covered under our SBI GPA Policy,” said Satyajit Tripathy, CMD, UII.

The SBI Defence Salary Package (DSP) account is meant for the Indian defence personnel of the Army, Navy, Air Force, Indian Coast Guard, Assam Rifles, Rashtriya Rifles (RR) and a Group Accident Policy issued by the UII for this package has provisions to pay an insurance claim of Rs 30 lakh in case of death or total disability and Rs 10 lakh for partial disability of an account holder.