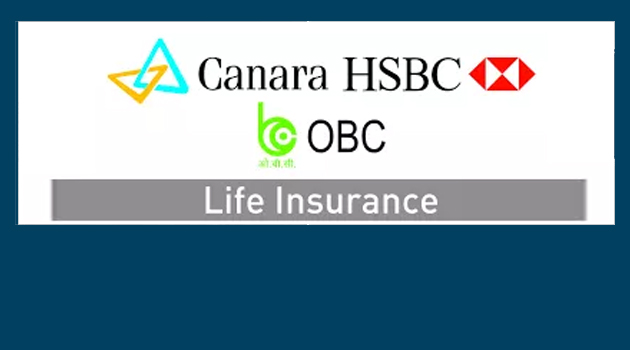 Canara HSBC OBC Life Insurance launched the second season of their well lauded digital campaign Depend on Insurance. This campaign was launched last year, with the highly successful Season 1 based on ‘Life Lessons from Cricket’, which being popularly and critically appreciated, won many accolades.

This year, the company has set the tone of season 2 around “Life Lessons from the Battlefield”, keeping the essence of the campaign intact. In these troubled times, when there is so much uncertainty, people seek solutions that are dependable; those that give a guarantee of protection, such as Traditional Insurance. Through Season 2, Canara HSBC OBC Life Insurance has created a campaign that draws parallels between the battlefield & insurance, highlighting how the aspect of dependability is most important in either case. Season 2 will bring out a series of interesting stories from the battlefield narrated by Major Gaurav Arya (Retd.), who narrates the stories, some of which are largely unknown, about how the fate of many was often in the hands of a trusted and dependable few, sometimes just one and how those real heroes saved the day for the entire country.

Teaser of the campaign was launched on 15th August 2021 – Independence Day with first episode of the series going live few days after that. The campaign continued to spread patriotic fervor with some of the best stories of Indian battle history till mid-October. Each story showcases the story of the dependable soldier whose grit, determination and valour remains an inspiration for the day. The stories reveal tough situations when these dependable soldiers emerged victorious when the scenario looked gloomy. Here we draw a parallel to Insurance being the most dependable option in times of uncertainty. In the first video, Major Gaurav Arya is seen narrating a story from 1947-48 War – The Battle of Budgam. This is the time when the Indian army repulsed an attack by Pakistani infiltrators near Srinagar Airport. Major Somnath Sharma, who led the patrol during the war, surmised the movement in Budgam village. Due to his wit and valour, the Indian Army could save the country from a fierce attack. The brave soldier martyred his life in the quest to protect our motherland; he was posthumously awarded the Param Vir Chakra for his gallantry and sacrifice in the Battle of Budgam.

The campaign beautifully captures the similarity between the courageous & dependable soldiers on the battlefield fighting to protect every citizen and an insurance plan that provides individual protection against unforeseen situations and also ensures to secure the life of their loved ones. The series of 5 patriotic stories was promoted through the company’s social media handles and simultaneously an engaging contest also ran for the target audience throughout the campaign.

You can watch the Depend on Insurance – Season2 here www.youtube.com/playlist?list=PLfY1QMTA-L6hvgbLS4vb7fSe36IB4b6oO.

Sharing thoughts on the campaign, Ms. Tarannum Hasib, Chief Distribution Officer, Canara HSBC OBC Life Insurance, said, “The past year has shown us that tough times can come out of nowhere and catch us totally unprepared. More and more people are seeking solutions that are dependable; those that keep them secure and give a guarantee of protection. Our campaign reiterates that Insurance is the most dependable solution in the toughest of times and Canara HSBC OBC Life Insurance is the dependable insurance company which has been fulfilling promises to over 4.7Mn customers. We strongly believe there are many lessons to learn from the battlefield, one of which is the importance of dependability. But more importantly, it is been a matter of great pride for us to present some of the most heroic moments in our nation’s military history.”

Expressing his view on the second season of the campaign Mr. Anuj Mathur, MD and CEO, Canara HSBC OBC Life Insurance, said, “We had launched the Depend on Insurance campaign last year with a highly successful series on Life Lessons from Cricket that brought home the message about the importance of dependability in uncertain times. And this year, we are proud to take forward the same message through the incredible stories of India’s brave hearts – those dependable soldiers who faced all odds to ensure a secure future for us. Life Lessons from the Battlefield is our tribute to our nation’s heroes, on the occasion of India’s 75th Independence Day.”

Commenting on the concept of the campaign, Ms. Parul Ohri, Chief Editor, MomPresso, said, “Life Lessons from the Battlefield brings out stories that every Indian must know and appreciate. Major Arya (Retd.) is a skillful storyteller and his own experience as an Army man helped us to present the correct perspective of the ground realities at the front. It was important to ensure that the battlefield stories of these valiant soldiers remained the focus of the series, using the carefully crafted graphics and animation to support the storytelling.”

Commenting on the campaign Major Gaurav Arya (Retd.) “I am so happy to lead a campaign that recognizes some of the real life heroes of our country, stories every Indian should know and celebrate and I feel very proud to be able to share them with you. I have learnt so much from my own experiences in the army and also from the stories of these valiant heroes and I truly believe there are valuable lessons to be learnt from the battlefield, just like from everyday life. In completely unpredictable conditions, influenced by factors mostly not in your control, things cannot always go as planned so you need to be prepared to fight your way out of tough situations. And that is why you need someone dependable on your side. Dependability – that is my most important Life Lesson from Battlefield.”

Headquartered in Gurugram, the Company has branch offices pan India. The company sells and services its customers through a well diversified partner bank branches. With well established distribution network in Tier 1, 2 and 3 markets combined with new-age tech servicing avenues, the company is committed to serve its customers as per their preference and needs.