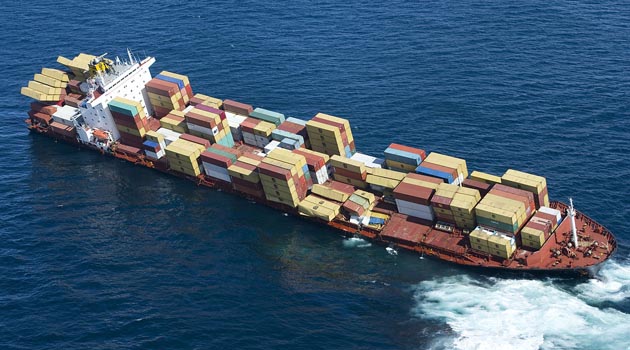 Marine Insurance article
May 8, 2018 admin 7108 Views 0 Comments capsizing of the ship, grounding stranding, sinking
The difference between stranding and grounding of the vessel was necessary when F.P.A. warranty or policy franchise did not apply to the claim for stranding of a ship but did apply where the claim was for grounding of the ship. However, both are similar types of incident.  The marine underwriters practiced  with old type of  SG (A standard policy known as “SG” with a schedule) cover considered that “stranding” occurs when the carrying ship or craft runs aground and remains therein for an appreciable period of time (say, 15 minutes or more) thereby opening the warranty in the memorandum. Since there is no memorandum or F.P.A. form of cover under the 1982 Clauses, the definition is no longer of consequence.

A vessel struck upon a rock, whilst going into harbour , for ninety seconds.  Here he said “ if it is touch and go with the ship there is no stranding…..If by the force of the elements she is run aground and becomes stationery, it is immaterial whether this be on piles, on the muddy bank of the river, or on rocks on the sea shore; but a mere striking will not do, wheresoever that may happen.

It was held by the learned judge that if a ship struck upon a rock, remaining there  for 15 to 20 minutes, it was sufficient to constitute a stranding. Where a ship deliberately takes a ground as, for example,  on a berth where the ship lies in the river mud at low tide,  then any accidental loss of or damage to the cargo attributable to that grounding would be covered. When a ship or craft runs aground, it is possible that the packages stored therein may be damaged/crushed by the impact related to the impetus of the movement forward. Such damage is covered under the policy. The same rule is also applicable to the deck cargo thrown overboard by the impetus of the carrying vessels, as it stops abruptly on grounding.

Why the ship runs aground ?

The depth of the Ocean varies.  The depth In some parts of the  ocean may be double the height of Mt Everest whereas in some parts are so shallow that one can walk through the sea. Hence,  if  the draught is not adequate for the vessel to ply, she will be grounded. Since smooth navigation of  the  ship depends upon the depth of  the sea, some ports of the world will not allow ships of various sizes to take berth.  If we consider the  depth  of  the  Haldia  port, West Bengal, India, the higher size ship like VLCC or ULCC cannot enter into the port .due to poor draft. In some ports, the higher capacity ship can take berth but deposition of silt, mud  in the port due to poor dredging prevents the ship to enter. The higher capacity ship runs aground due to poor draft when she enters into the port. There are many ports where the ship is allowed to enter during high tide but the ship is grounded during low tide.

Difference between soft and wallop grounding

If soft grounding occurs, there may not be  serious effect to the ship. The ship may be stranded  due to mud, silt deposited in the port. However, the underwater survey should be done to ascertain the damage to the bottom portion of the hull under supervision of the surveyors engaged by the Classification society. The wallop grounding causes extensive damage to the hull. The serious crack may develop in the ship’s structure. The structural stresses of the ship with heavy load may cause serious casualty.

What will be the consequence if grounding occurs?

If grounding occurs there will be a serious effect to the cargo and the ship. If crack develops in the ship’s structure due to heavy impact, the water will penetrate inside the cargo holds of the ship causing damage to cargo. If the ship emits pollution after the casualty, there will be a detrimental effect on the environment and marine life. The cost of repairing of the damaged ship will be substantial. The ship will be unemployed until repairing is complete. The classification of the ship will be withdrawn until the class is reinstated.

Who is responsible for grounding?

The grounding generally occurs due to human error and lack of information on navigational hazards. The ship may be grounded due to faulty manoeuvring during adverse weather condition. In some cases the ship may also be grounded due to loss of centre of gravity if weight of the cargo therein was not equally distributed.

Sinking and capsizing of the vessel

It is said that a ship has sunk when she is immersed in water and cannot sink further. In the case of Bryant and May Limited v London Assurance (1886) 2 TLR, the vessel laden with matchsplints from quebec to London, arrived at Gravesend, having sprung a leak with part of her deck just under water. The jury found that the ship had not sunk; and of course being laden with timber, could not sink in the ordinary sense of the word. It would  seem , a ship must be submerged and must touch bottom to constitute a sinking. However,  capsize  does not have to be so extreme as to cause the ship to sink as “sinking” is a separate peril. The term capsized means that the ship or craft is turned over or, atleast “wholly healed over”.

It has been clarified by Ms Susan Hodges in Law of Marine Insurance that “ on a strict interpretation it would seem that a vessel, even if seriously damaged in a storm, but which does not actually strand, ground, sink or capsize, would not attract the operation of the  clause 1.1.2 of Institute Cargo Clauses (B) and ( C) 1.1.2  vessel or craft being stranded, grounded, sunk or capsized Therefore, unless one of the events stipulated actually occurred, any loss of or damage to insured cargo caused by the mere rolling of a ship in a storm will not fall within the Clause.