Malaysian general insurers’ growth is expected to slow down in 2021 due to decline in vehicle sales and motor insurance due to halt in production driven by global automobile chip shortage, says GlobalData, a leading data and analytics company.

Motor insurance was the leading segment in the Malaysian general insurance industry, accounting for 48.7% share of the direct written premiums (DWP) in 2020, followed by property insurance with 25.6% share.

Swarup Kumar Sahoo, Senior Insurance Analyst at GlobalData, comments: “With major share in business coming from motor insurance, the vulnerability of leading general insurers has increased due to the lockdown restrictions during the COVID-19 pandemic.” 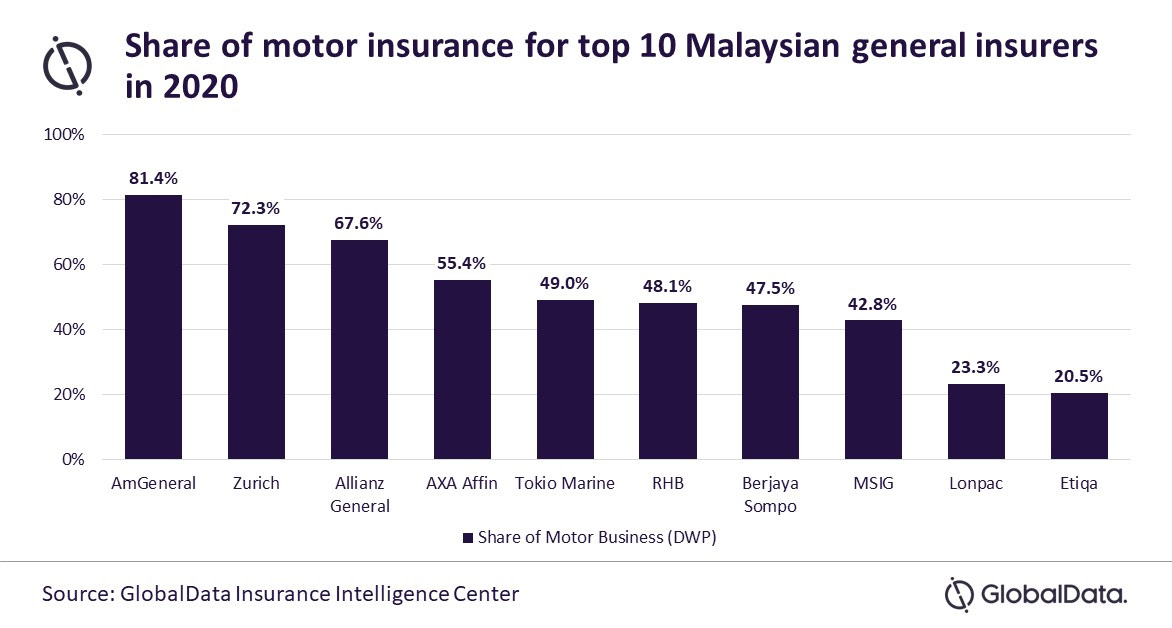 Mr Sahoo explains: “The nationwide lockdown restrictions resulted in lower claims for general insurers in 2020. This had a positive impact on their profitability as loss ratio for motor insurance decreased from 71.5% in 2019 to 63.8% in 2020. However, continued lockdown restrictions due to the resurgence of the pandemic and global automobile chip shortage are expected to impact vehicle sales, which will result in slowdown in the growth of general insurers business in 2021.”

According to the Malaysian Automotive Association (MAA), the sales of new vehicles declined by 7.3% during January-September 2021 as compared to the previous year. This is expected to improve in the last quarter with companies gradually resuming their operations and ramping up vehicle production.

Mr. Sahoo adds: “The declining growth has prompted insurers to look for inorganic growth which has increased M&A activity in the general insurance segment.”

Malaysia’s general insurance segment is concentrated with top 10 insurers accounting for 73.3% share in 2020. Allianz General was the market leader with 13.4% share in 2020, followed by AmGeneral and Lonpac.

The proposed acquisitions of AmGeneral by Liberty Mutual and RHB Insurance by Tokio Marine will further consolidate the market in 2021. The combined entity to be formed by the acquisition of AmGeneral by Liberty Mutual is expected to be the second leading general insurer in 2021. Similarly, Tokio Marine will become the fourth largest insurer after acquiring RHB Insurance.