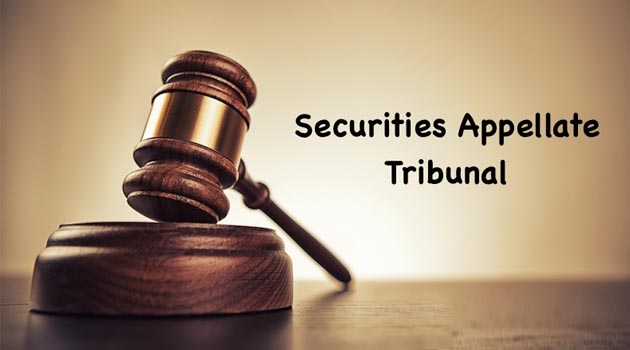 The Securities Appellate Tribunal (SAT) has asked the Insurance Regulatory and Development Authority of India (IRDAI) to pass a fresh order in a case involving alleged financial irregularities in awarding insurance broker contract to a broking firm.

SAT opined that the order passed by IRDA Member Mr. P. J. Mathew, Member (Non-life) on January 9, 2018 was in gross abuse of the process of law and dereliction of duty.

The complainant Atkins Special Risks Ltd (appellant) is a company incorporated in the United Kingdom, specialized in broking special risk insurance and re-insurance with core competency in Marine and Energy insurance.

During the years 2002 to 2012 appellant provided international reinsurance cover to Jagson International Ltd. (“Jagson” for convenience) on yearly brokerage / commission of 27.5% of the premium that was paid for the cover.

Thereupon, the attorneys of the appellant filed a complaint on August 11, 2015 before IRDAI. In that complaint specific dates on which Mr. Jagdish Gupta, Chairman of Jagson had sent his emails demanding kick-backs from the appellant were set out.  It was also alleged that during the telephonic conversation, Mr. Jagdish Gupta has told the appellant that Marsh had agreed to pay him US$ 4,00,000 in order to obtain Jagson’s business.

In the complaint, it was further stated that in view of aforesaid material evidence as also the third party evidence, it is apparent that Section 41(1) of the Indian Insurance Act, 1938 and Regulation 37(1) of the Insurance Regulatory and Development Authority (Insurance Brokers) Regulations, 2013 have been violated.

As no action was taken, appellant filed a writ petition in the Telangana and Andhra Pradesh High Court which was disposed of on September 19, 2017 by directing IRDAI to consider the complaint filed by the appellant in accordance with law.

Thereafter, Mr. P. J. Joseph, Member (non-life) heard the appellant on November 16, 2017 and passed the impugned order on January 9, 2018. By the said order complaint filed by the appellant has been disposed of by simply stating that the appellant has not submitted any documentary proof, material information or evidence in support of its contention.

Perusal of the complaint filed by the appellant clearly shows that the appellant had relied on documentary evidence in support of the contention that Jagdish Gupta, Chairman of Jagson had sought bribe and was bribed by the officers of Marsh for diverting the reinsurance business from the appellant to Marsh.

In such a case, to hold that the appellant has not submitted any documentary proof would be totally false. We fail to understand as to how Member (non-life) could make such false statement in the impugned order.  In our opinion, the impugned order passed by Mr. P. J. Joseph (non-life) virtually amounts to aiding and abetting corruption in the insurance business by the regulator which cannot be tolerated.

SAT set aside the impugned order and directed IRDAI to entrust the matter to a competent officer other than Mr. P. J. Joseph, Member (non-life) for passing fresh order on the complaint filed by the appellant on merits and in accordance with law.

SAT also made clear that they have not expressed any opinion on the merits of the complaint filed by the appellant.

This is the first such instance that SAT has come upon heavily on IRDAI for irregularities. Finance Ministry must duly take note of the incident for further action into the matter