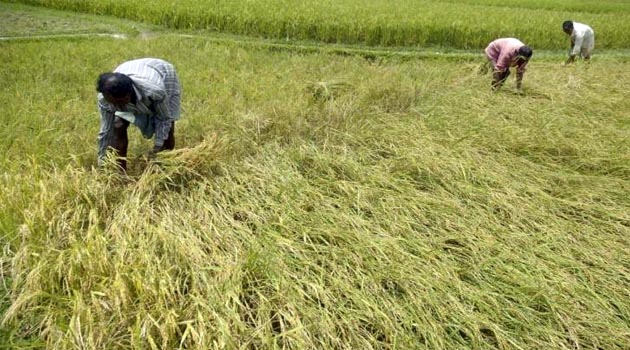 The Supreme Court’s decision dismissing an appeal of Bajaj Allianz General Insurance Company against the Bombay High Court order asking it to compensate over 3.5 lakh farmers in Osmanabad for the loss of soyabean crop due to heavy rain in 2020 under the Pradhan MantriFasal Bima Yojana (PMFBY) comes as a major relief to farmers facing unpredictability in the climate.

In May, the Bombay High Court directed Bajaj Allianz General Insurance Company to compensate Osmanabad farmers. The company contested that compensation cannot be paid for farmers who had not filed claims within the 72-hour period of the crop damage and had approached SC. Unseasonal rains and hailstorms hit badly for the last few years causing massive damage to kharif and rabi cultivation. In December 2021, the State Grape Growers’ Association had estimated a loss of Rs. 10,000 crore to grape cultivators. “Mango, onion, grapes and all kharif and rabi crops have been damaged due to unpredictability of rains in the last couple of years. It has been raining intermittently almost all the year,” says farmer Ashok Jadhav from Sangli.

A Bench comprising Chief Justice Uday Umesh Lalit and Justice S RavindraBhat ordered the release of Rs. 200 crore deposited by the insurance firm with the apex court’s registry along with the interest accrued on it to the government treasury in Osmanabad. The top court ordered the completion of the process of payment of insurance compensation in three weeks, strictly under the law, and under the supervision of the District Collector.