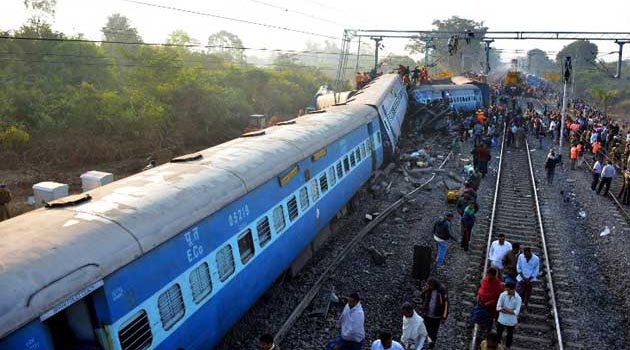 BRIEF FACT OF THE CASE – The complainant lodged a claim of Rs.4,00,000/- in connection with the accidental death of her husband Late Basudeb Mondal. The insured Basudeb Mondal met with a train accident on 03.07.2015 and succumbed to his injury on 04.07.2015. The complainant Mrs. Anjali Mondal , wife of the deceased lodged P.A. claim with the insurance company. The insurance company repudiated the claim as death stated to have occurred on account of breaching of the common law, that the accident had occurred while the deceased was crossing through the closed railway gate. In favor the complainant had also represented by submitting documentary evidence that the deceased insured was on the Baruipara railway station when the accident occurred and not crossing the level crossing gate.  INSURER’S SUBMISSION – Since the death caused due to the train accident while crossing through the closed railway gate as per police report hence the claim is not admissible. This repudiation is as per policy condition of ‘ being any loss to which a contributing cause was actual or attempted commission, or wilful participation in, an illegal act or any violation or attempted violation of the law or resistance to arrest or insured person committing any breach of law with criminal intent is not covered under this policy’. AWARD – During the hearing it has been observed that the insured late Basudeb Mondal died out of injury caused by a train accident. Both the Railway Authority/RPF and Police had admitted about the veracity of the incident and also the accidental death of the victim due to train accident. However, there had been difference in identifying the location of the accident. The Police Final Report of Howrah P.S. stated that the accident had occurred at the Baruipara railway level crossing. On the other hand the Baruipara Station Master and RPF had confirmed the occurrence of the accident at Baruipara Station. Even in the FIR drawn by the Howrah P.S. had stated that the accident occurred at Baruipara station. Since the accident was due to dashing of the train hence the statement of the railway authority seems to be more convincing. There is no conclusive evidence that the accident took place at the level crossing and the Howrah Police Report is a second hand evidence. Though RPF had not drawn any spot panchnama but their observations is acceptable in view of valid railway ticket found from the possession of the victim and their RTI reply as submitted by the complainant. In view of above, it may be summed up that there had been no deliberate & willful illegal act done by the insured at that fateful day of accident. Nor the insured was found to have any intention to break the law. The insurer had been unable to put any valid reasons to conclude the victim crossing the rail gate at about 11.30p.m. night when as a bona fide passenger it seems more genuine of him being waiting at the railway station. Hence it may be reasonably concluded that the accident had taken place at Baruipara Railway station and not on the level crossing. Therefore repudiation of the claim by the insurer was unjustified.