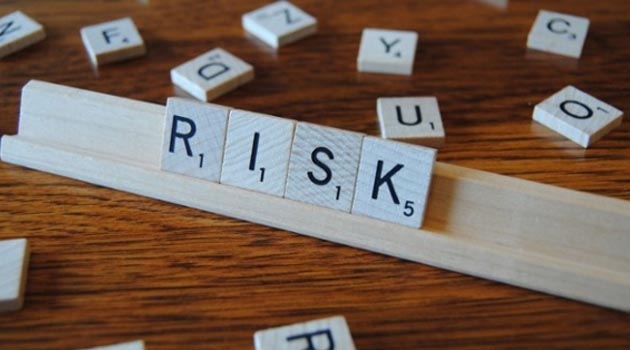 Risk Management Article
March 12, 2019 admin 700 Views 0 Comments Risk Based Liquidity
Introduction The spat is going on between Reserve Bank of India (RBI) and Government of India (GoI) on easing the liquidity so that the money can be passed to stimuli the economy. Both the parties are right given their role, let’s look at some of the rationales in this write-up to understand and appreciate the stands of both the parties. One of the key contentious issues is how much liquidity should be kept, the answer is easy, it should be risk-based and not by any global standards. Risk Based Decisions Any decision that is taken should consider what the inherent risk in the decision is. The two key decisions that are weighing heavily on the government are “Demonetization” and second is “GST”. As a result of this, Micro, Small and Medium Enterprises (MSMEs) are currently in a stress situation looking for extra cash/credit to come out of it, while the RBI has tightened its grip on a bad loan. As a result of ailing MSMEs the unemployment is increasing and next year general election is there. The government desperately want to use the extra liquidity that RBI has. Now the question here is, was the two key decision mentioned above were risk-based? In the risk-based decisions all the risks should be identified at the time of taking any critical decision and mitigation action should be prepared at the time of taking the decision. If this is not done, the Country may end up in a crisis situation. Liquidity Position The RBI is sitting on 27% of 36.17 lakh Crore, 9.7 lakh Crore of excess reserve. There is a no defined formula, how much the central bank should keep the excess reserve. The Government contention is RBI is sitting on excess reserve and some part should be released so that MSMEs can be funded to provide some stimuli leading to some employment generation. The key question is how much is enough for the economy. Some central banks around the world keep 13% to 14% of assets (US and UK) as the excess of reserve and rest are released to the government. By this logic, the RBI may release half of the excess of capital to the government which could be in the tune close to 5 Lakh Crore. In my assessment this logic has a severe shortcoming, the contingency reserves are kept for the future uncertainties and the risks that may arise. The risks that the US or UK economy that faces are very different compared to what the Indian economy faces. The strength of the currency, the balance of payment, fiscal deficit, economic parameters such as inflation, interest rate, unemployment, industrial growth are very different in US/UK and in India. Just the growth in GDP rate is not good enough to these risks keeping at bay. India definitely requires higher liquidity compared to what other developed economies are keeping. The decision should not base on what other economies are keeping, but rather what are your risks and what mitigation plans the Country has. If the Country does not a mitigation plan for the future emerging risks, the current reserve could be a good number.  Risk Assessment and Stress and Scenario Testing (SST) How much is good enough? Identify all the future risks and measure those risks and keep the capital accordingly. One of the strong tool for such activities are Stress and Scenario testing. RBI may create few local and few international scenarios and do the stress testing, this will tell, how much free capital is required to manage the future risk. If the reserves at this point are released based on the international ratio, the country could be in a severe trouble if few international crises hit the economy or shocks in the oil prices remain for the sustained period. We also have to see the resilience of our economy against the developed world. Few days of rain or stress condition cripple the country against the developed market. Economy Economic development is at all cost, however, this should not be at the cost of another crisis. The economic parameter such as inflation is at a higher end, how the interest rate can be reduced to trigger the boost in the economy. Summary It is a good time for the government to look into the risk management more seriously and start focusing on risk-based decision. The political compulsion will always remain, there is a need to draw a line between the mathematics of the economy and decision for masses.