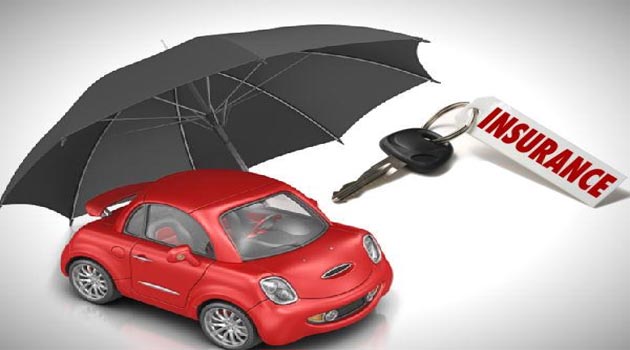 The Complainant’s father had purchased a “Private Car -Comprehensive Insurance Policy” from Reliance General Insurance Company Ltd. The insured expired on 08/03/2015. As per the complainant’s father Will, the complainant became the owner of the said vehicle.The vehicle had met with an accident on 06/12/2015 He had incurred an expense of Rs. 1,08,300/- in repairing the damaged car. The Company repudiated the claim stating that the accident had occurred on 06/12/2015 and on the date of the accident the insurance policy was not transferred in the name of legal heir(s) of the insured. The complainant had got his name endorsed in Insurance Policy on 24/12/2015. The Complainant had stated that after death of his father and as per his father’s will, he was the owner of the said vehicleNo. GJ-01-HS-4790. He stated that his father died on 08/03/2015, the Insurance policy was expiring on 25/03/2015. The agent, the Dealer of Toyota, had approached him for the renewal of the Insurance. On demand by agent, he had given a cheque No.000012 favoring Reliance General Insurance Co.Ltd for Rs.16,557/- which was debited in his bank account on 28/03/2015. He added that he had informed the agent about his father’s death on 08/03/2015, but the agent had said that other formalities of insurance will be carried out in near future. The motor vehicle met with an accident on 06/12/2015. He also stated that he had got his name endorsed in Vehicle Insurance Policy on 24/12/2015. He had paid the charges for the endorsement in insurance policy. He had incurred an amount of Rs.1,08,300/- for repairing the said vehicle, which was wrongly rejected by the insurance company. He requested the Forum to get his claim to be paid. The Representative of the Respondent stated that the accident had occurred on 06/12/2015. The Insured, the father of the complainant died on 08/03/2015. The accident had occurred after about 9 months from the date of death of the Insured i.e. Mr. Bhikhabhai A Bhavsar. He stated that claimant had not informed the insurance company about the death of his father. The policy was renewed online through the agent by paying cash to the agent of Toyota. The Insurance policy was not transferred in the name of legal heir(s) of the insured, till the date of accident which breached the policy condition number 9. Hence, the claim was repudiated correctly. At this, the complainant vehemently objected to the Respondent’s representative’s submissions. He reiterated that he had issued a cheque in favor of the Insurer and had not made any cash payment. He had informed about his father’s death to the agent. He alleged that the Representative was presenting a distorted and false submission with an ulterior idea to deny his legal claim. The complainant was reverted to submit his bank passbook/bank statement reflecting the cheque payment. The repudiation of the claim was based on ground of non-transfer of insurance cover after the death of the Insured i.e. Mr. Bhikhabhai Ambalal Bhavsar. The accident had occurred on 06/12/2015 and the endorsement of transfer of Insurance was done on 24/12/2015, which was after 9 months from the date of death of the insured. The policy had expired on 25/03/2015 which was renewed from 26/03/2015 to 25/03/2016, (i.e. after the date of death viz. 08/03/2015) in the name of late Shri Bhikhabhai (i.e. father of claimant). The renewal of the policy had been done in good faith and with genuine intention. The complainant had informed agent about the death of his father. The agent had not properly guided the complainant. The agent of the Dealer of Toyota Motors, had collected the Cheque from the claimant, for renewal of the Vehicle Insurance policy. The cheque was favoring The Reliance General Insurance Co.Ltd. for Rs.16,557/- which was debited on 28/03/2015 in the account of the complainant.The representative of the respondent had stated that the policy was renewed with the cash payment. He had willfully tried to mislead the Forum with wrong information. The policy document shows that the renewal was made through cash, but the complainant had issued cheque for renewing the policy. It is not known how cash was deposited against a cheque issued in favor of the company. Representative of the respondent was not able to explain how premium payment has been received in cash when cheque was encased in favor of the respondent. The Forum advises the insurer to send well prepared representative to plead their case with factually correct self contained note.The agent has been given portal of insurer and is authorized to issue insurance certificate for any act of insurer, the agent is responsible. It is not known, why it did not issue the policy in the name of the complainant, when he was specifically informed about death of complainant’s father. The complaint is admitted. Considering the submission of both the parties, the forum hereby directs the Respondent to pay Rs.1,08,300 /- to the Complainant.