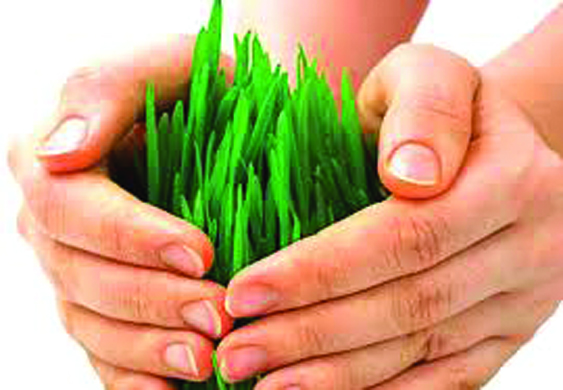 The Comprehensive Crop Insurance Scheme (CCIS) launched in 1985 was the first large scale government subsidized crop insurance scheme in India. Both CCIS and its immediate successor the National Agriculture Insurance Scheme (NAIS) carried premium and claims subsidies from the government and the risk was exclusively carried by public sector insurers. The premium rates under both these schemes were practically fixed by the government and hence actuarial price discovery based on actual claims experience for various crops across states and districts could not take place. It was only in 2010 that the government launched the Modified National Agriculture Insurance Scheme (MNAIS) that provided for payment of actuarial premium to insurers prior to the commencement of risk. This was the first concrete effort towards introducing a market-based crop insurance scheme. Premium rates increased substantially and as a result the claim ratios came down under MNAIS as compared to CCIS and NAIS. Meanwhile, a need was felt to move from the traditional area-yield approach to loss assessment, which is based on Crop Cutting Experiments (CCEs) undertaken by state governments,to a more transparent and quicker basis of claims settlement. The Weather Based Crop Insurance Scheme (WBCIS) was launched on a pilot basis in 2007 to address this situation. Under WBCIS claim payouts were based on underlying indices like precipitation (rainfall) instead of yield deficit as assessed by CCEs. The Revised WBCIS (RWBCIS) continues to be in operation till date.

However, RWBCIS could never fully replace the area-yield based flagship schemes.The ambitious Prime Minister’s Fasal BimaYojna (PMFBY) launched in 2016 introduced several changes like higher number of CCEs making the village as an insurance unit, pegging the farmer’s premium contribution to maximum of 2.5% of the sum insured, equal sharing of the remaining part of the actuarial premium between state and central governments, introducing technology based solutions for enrolment as well as claims settlement, opening-up the scheme for bids by all empanelled public and private sector insurers, expanding the ambit of coverage to localized losses and delayed / failed sowing and so on. Above all, PMFBY was a big step in transforming the crop insurance sector in India from a purely farmer welfare programme to a market-based public private partnership(PPP) model.

This new approach towards crop insurance thugh, has already started causing jitters among many quarters.As PMFBY completes three years of operations, many state governments have either already withdrawn from PMFBY or are thinking of introducing their own schemes. Some states are thinking of setting-up their own state-level specialized crop insurance companies. On the supply side many insurance companies have stopped bidding for PMFBY as they are facing difficulties in arranging reinsurance. Efforts to introduce remote-sensing technology for claims assessment with a view to complement or replace manual CCEs have met with partial success only. Many studies have pointed out a clear dissatisfaction of farmers over the delays caused in claim settlements despite the government introducing interest penalties on insurers. Amidst these mixed signals, an objective analysis of the performance of crop insurance in India over the last three years is attempted here, using recent data released by the government.

The efficacy of a publicly funded insurance programme is broadly reflected inthree parameters – outreach, client (customer) value and sustainability. The performance of two major crop insurance schemes (PMFBY and RWBICS) over the last three years (2016-17 to 2018-19) on all these parameters is discussed below.

Outreach: The primary indicator of the success of a social insurance programme is its outreach among the target population. The objective of de-risking the agriculture sector and improving the risk profile of farmers can be attainedonly when the outreach of crop insurance is sufficiently high.Available data suggests that almost 57 million farmers were insured in 2018-19 as against 53 million in 2017-18 and 58 million in 2016-17 both Kharif and Rabi seasons put together. Thus, the number of insuredhas actually dropped in 2018-19 as compared to 2016-17. A total of 34.8 million farmers had enrolled for PMFBY during Kharif 2017 (www.pmfby.gov.in) which is roughly 24% of a total of 146 million farmers (Agriculture Census 2015-16) in the country. Similarly, about 30% of the Gross Cropped Area (GCA) was insured under crop insurance in 2018-19. This points to a sizable protection gap as more than 2/3rd of total farmers in the country still remain uninsured. The outreach may decline further as enrolment in PMFBY is now purely voluntary, even for loanee farmers.

The average insured landholding during the three years was at 0.96 ha which is slightly lower than the national average operational holding of 1.08 ha, thus indicating a higher than proportionate share of smallholders in the insured population. Non-loanee farmers constituted about 38% of total farmers insured under PMFBY in 2019-20 (Financial Express 9th April 2020). With the scheme now being made voluntary for loanee farmers, this ratio might improve.

Client Value: The intrinsic value of a crop insurance product lies in the extent and spread of financial protection it offers to farmers from the pool created through collection of premium. The incurred claims ratio (ratio of premium collected to claims paid) as well as claims incidence (the proportion of farmers receiving claim payouts as against the total number of farmers insured). As can be seen from table below, the average claims ratio for the last three years has been 81.1%. In other words, out of the total gross premium of Rs 76,331 crores collected by the insurance companies,claims worth Rs 61,876 crores have been reported. This is despite the generally good monsoon in the country during these three years. This data dispels frequent allegations of profiteering by insurers from crop insurance, as insurers also have to defray other expenses on reinsurance and administration from the premium collected. A market-based system driven by demand and supply normally does not allow stakeholders to reap undue benefits.

Claims incidence throws light on the spread of benefits among the insured population. It can be seen that the claims incidence has risen from 25.5% in 2016-17 to 29.1% in 2018-19. This means that the benefit in the form of claims is reaching more than a quarter of total insured farmers annually. Insurance is a mechanism through which contributions by ‘many’ compensate for the losses suffered by unfortunate ‘few’. Apart from claims incidence, a steady increase can also be seen in average sum insured, average claim size, average claim per insured farmer and average claim per insured hectare. All these factors clearly indicate the increasing efficacy of the scheme from the farmers’ standpoint.

Sustainability: Insurance works on the principle that the cost of risk at an individual or household level will significantly reduce when diversified risk exposures are aggregated in a portfolio. This is why the risk of yield losses that can become catastrophic for individual farmers becomes commercially viable for insurance companies. In this process reasonable profits for insurers have to be allowed, in order to ensure their sustained interest. Despite profits, insurance remains beneficial for individuals on account of the aleatory nature of risks it covers. Hence, social insurance schemes like PMFBY need to offer adequate protection to farmers while remaining profitable for insurers.Therefore, while very low claim ratios diminish the client value of the scheme, very high claims ratios impair its sustainability. The appeal of insurance lies in attaining and maintaininga right balance between sustainability and client value.

In the last three years the average premium rate for crop insurance has gone up by almost 15% from 10.7% in 2016-17 to 12.3% in 2018-19. In a competitive bidding system with such large volumes involved an increasing premium rate indicates a correction towards sustainable pricing. On the other hand, probably because of increase in input costs as reflected in the scale of finance, the average sum insured per insured hectare has also increased by almost 27%in three years. Both these factors have had a compounding effect on the average premium per insured farmer and insured hectare which have increased by 37% and 46% respectively. Correspondingly, like the claim ratio, the average claim size has also gone up by almost 25% from Rs 11,258 in 2016-17 to Rs 14,038 in 2018-19. This has in turn, rippled into an increase of almost 42% and 52% in average claim per insured farmer and insured hectare respectively. Here it is pertinent to note that the farmers’ share in the gross premium has actually gone down from 19.2% in 2016-17 to 16.9% in 2018-19, the rest being subsidized by state and central governments. This means that the burden of attaining sustainability for the scheme is not being passed on the farmers but is borne by the government. While this is fine for the farmers, the fiscal burden for the government is rising. This perhaps explains the recent decision of Central Government to reduce its share in the premium subsidy for PMFBY from 50% to 25% in irrigated areas and 30% in non-irrigated areas. Social insurance needs to be sustainable not just for the risk carrier but also for the government that rolls out huge subsidies as well as the farmers who also pick-up a part of the cost.

It is actually a healthy sign to see a variety of market forces at play trying to balance the equilibrium of crop insurance in the country. A market-based system keeps evolving according to the market dynamics which in turn helps the sector in discovering the right balance between sustainability and client value so that a palpable de-risking of agriculture sector takes place. Only then can a win-win situation emerge for all stakeholders.

To sum up, the above data reveals that crop insurance schemes in India are moving in the right direction towards gaining scale, client value and sustainability. Agriculture insurance schemes however, need to be evaluated on a bigger longitudinal timeframe for any definitive conclusions.

Having said this, the fact also remains that agriculture in general and crop insurance in particular are sensitive topics and therefore fraught with complexities of perception, going much beyond sheer data. More than the technical parameters like claim ratios and outreach, various behavioural factors also influence the discourse on crop insurance which cannot be ignored. Agrarian economics in India has largely remained welfare-centric and has not quite promoted a business-oriented approach towards agriculture. These tendencies inhibit the transformation of agriculture from a last-recourse activity to a full-fledged business and thus make the introduction of market-based systems like PMFBY a bit arduous for all stakeholders. This is why on one hand there are allegations of ‘windfall gains’ by insurance companies while on the other fewer insurers now come forward to bid for PMFBY. Furthermore, the farmers still prefer the manual CCE based loss assessment despite its inherent problems, while the insurers prefer index-based products. Several such antagonisms prevail at the ground level.

Therefore, a more holistic analysis that considers not just data but also the behavioural tendencies of various stakeholders at play, including the insurers, needs to be carried out, in order to ascertain the real issues that confront crop insurance sector so that workable long-term solution can be suggested.