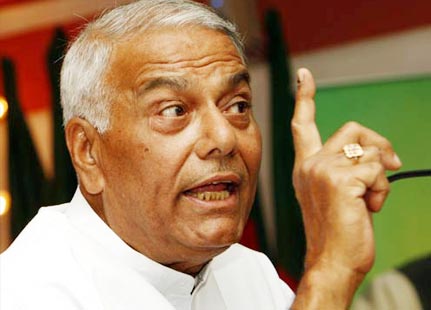 The proposal to hike foreign direct investment limit to 49% has been rejected by the Parliamentary Standing Committee on Finance.

Speaking to media after an IMC event, Yashwant Sinha said that Amendment to the Bill is stuck on only one issue on foreign direct investment. Also, the government’s unwillingness to reach out to opposition is holding back the amendment.

“The government is not discussing it with us,” he said. “The insurance Bill unfortunately is stuck on only one issue on whether FDI should be 26% or 49%. It is possible to have a way out. We will tell the government when they reach out to us. The proposal of higher FII has not find fervour with foreign players, who are partners in India.”

The Cabinet approved amendments to the Insurance Laws (Amendment), Bill, 2008, including higher FDI oof 49% though the standing committee on finance had opposed any increase in FDI limits. . Il is likely to be taken up by Parliament for passage in the forthcoming Budget Session. The bill was first introduced in Rajya Sabha in December 2008 proposes to increase the foreign direct investment (FDI) limit in the insurance sector to 49 per cent.

Higher foreign institutional investors in insurance companies would not solve the capital issues of sector. Though it would help some large companies to dilute stake through public listing.