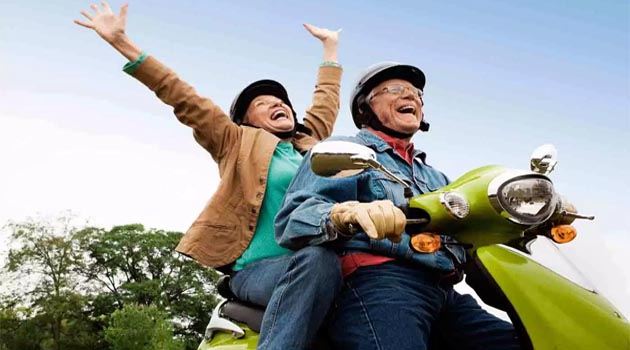 Life Insurance Plans
May 24, 2018May 24, 2018 admin 902 Views 0 Comments HDFC Click2Retire, HDFC Life Click2Retire plan, ULIPs
HDFC Click2Retire is cheaper than other pension ULIPs as there are no premium allocation or policy administration charges Pension ULIPs offered by insurance companies are tailored to the needs of investors to accumulate their retirement corpus. They are similar to regular ULIPs in terms of nature and cost structure. Both have a lock-in of five years and the premiums paid are tax exempt under Section 80C up to ₹1,50,000 annually. The new age ULIPs have become competitive, given their low-cost structure, better performing fund options and tax advantages compared to mutual funds. A review of the HDFC Life Click2Retire plan: Unit linked pension plans Pension ULIPs are long-term investment products working in two phases: 1) accumulation and 2) income. During the accumulation phase, you can build your retirement corpus by investing in different asset classes. They levy various charges towards premium allocation, policy administration and switching. As mandated by the insurance regulator, pension ULIPs should guarantee at least the total premium paid by the policyholder at the time of pay out. For this, an investment guarantee charge is levied by the insurers ranging from 0.10 to 0.50 per cent per annum. Some insurers levy mortality charge calculated on the sum at risk. On death, the nominee would receive the higher of the fund value or 105 per cent of the total premiums paid so far. The nominee would be given the option to either withdraw totally or purchase an annuity product from the same insurer. On completion of the policy term, the policyholder will receive the maturity proceeds (vesting benefit) —higher of the fund value or at least 101 per cent of the total premium paid. As per the current regulations, one can withdraw one-third of the maturity proceeds as lumpsum, which is tax-free. The balance must be converted into an “annuity” that is offered by the same insurer. The payments from annuity are taxable as per the policyholder’s tax bracket. HDFC Life Click 2 Retire HDFC Life Click 2 Retire is an online pension ULIP. The premiums collected are invested in two funds — pension equity plus and pension income fund — in certain proportion, as prescribed by HDFC Life. Here, the limitation is that the policyholder has no right to choose the fund option. The proportion of allocation is based on the policy term chosen. For instance, for the 35-year term, the allocation to equity fund in the first year is 80 per cent and 77 per cent in the second year. In the 20th and 30th years, the allocation to equity fund will be 29 and 2 per cent respectively. The allocation towards income fund increases as you near the maturity date. HDFC Life Click 2 Retire is cheaper than other pension ULIPs available in the market. The premium allocation and policy administration charges are nil. The fund management charge is 1.35 per cent of the fund value. The average expense ratio of the direct and regular plans of the balanced mutual funds were at 1.2 and 2.3 per cent (as of February 2018). About 0.5 per cent per annum is levied (on fund value) as investment guarantee charge across the policy term. This is higher relative to some other pension ULIPs that levy the charge only on the sum at risk. That means they charge nothing if fund value exceeds the total premium paid. On death, the higher of the fund value or the 105 per cent of the total premiums paid so far is given. The nominee can either withdraw this amount as lumpsum or purchase an annuity product from HDFC Life to get pension. On maturity, the policyholder is given higher of the fund value or assured vesting benefit. The latter ranges between 101 per cent and 135 per cent of the total premium paid, calculated based on the policy term and premium payment term. HDFC Life allows you to hold the maturity proceeds within the pension ULIP by postponing the vesting date (the date you want regular income). Else, you can purchase an annuity plan (immediate or deferred) offered by HDFC Life and receive the pension payments. Please note, you are given the option of withdrawing one-third of the maturity proceeds as lumpsum. Our take HDFC Life Click 2 Retire is cheaper than other pension ULIPs as it levies no premium allocation and policy administration charges. However, the plan does not provide any loyalty additions. SBI retire smart (10 per cent of annual premium after 15th year) and ICICI Pru Easy Retirement (5 per cent of fund value after 10th year and on every fifth year), for instance, provide loyalty additions, which boost returns. Further, the funds under the plan have a limited history and have delivered moderate returns since inception compared to their benchmarks. It is suggested that investors look through other options before deciding to bet on the HDFC Click2Retire.