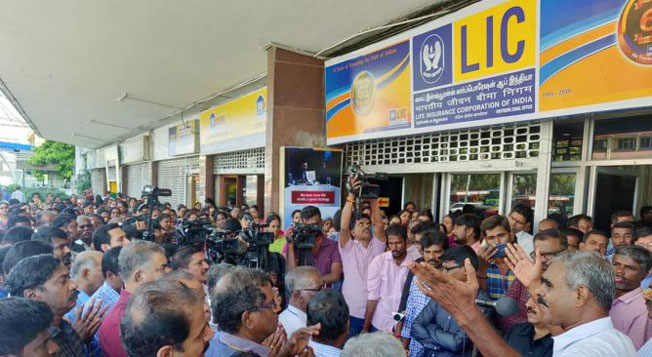 LIC has broken into the latest Fortune Global 500 list, while Reliance Industries has jumped 51 places.

The nation’s biggest life insurer with revenue of USD 97.26 billion and a profit of USD 553.8 million, was ranked 98th on the just released Fortune 500 list.

This is the first outing of LIC on the list, which ranks listed companies by sales. Reliance, with revenue of USD 93.98 billion and a net profit of USD 8.15 billion in the latest year, has been on the list for 19 years.

The list, topped by US retailer Walmart, has nine Indian companies — five of them state-owned, and four from the private sector.

Only the debutant LIC, which came out with its IPO last fiscal, was ranked higher than Reliance among the Indian corporates.