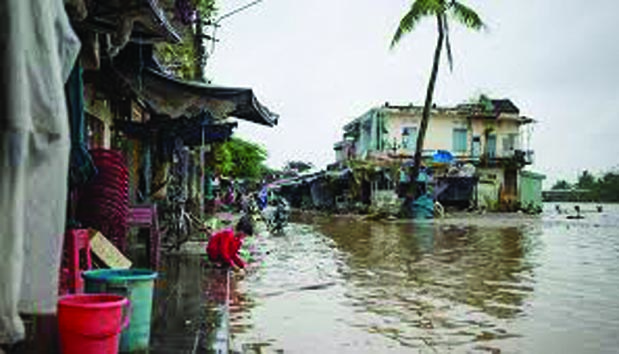 The insurance regulator has mooted the introduction of a differential premium for insured properties that are rebuilt on sensitive terrain after a natural disaster. This followed an observation that even industries are reconstructing in the same location after a disaster event.

Highlighting the growing risk of climate change and natural catastrophe for the Indian insurance industry, Insurance Regulatory and Development Authority of India (Irdai) member S N Rajeswari quoted a report that said that India was the seventh-most vulnerable country to climate change events.

“Once-a-century storms are occurring annually. All the models for charging reinsurance or insurance premium are going for a toss. It will be difficult to have a common model as the situation is changing from country to country,” said Rajeswari, speaking at the annual insurance summit organised by the National Insurance Academy.

But even as weather risks were rising, the construction density in high-risk areas was increasing. “We are seeing more and more properties being built on vulnerable plains and near coastal areas. While we have improved early warnings and humans can move to other places, the houses have to be rebuilt. This is a no-win situation for the government,” she said.

She said that there was lack of awareness even among large corporates. “There is a need for awareness. Even industries are built in the same place after compensation is paid. Do we mean to say that they do not have the awareness?” she said. “We should probably ask them to pay a differential premium because this is a loss to the country,” she said.

According to Rajeswari, insurance — besides providing protection — also increased awareness of risks. She quoted a study by Lloyds, which said that a 1% increase in insurance coverage can reduce the global cost of climate disasters by 22%.