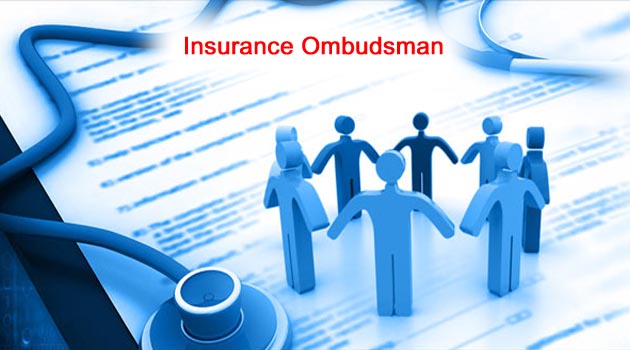 FACTS The complainant, Sri B. Krishna Reddy being an employee of Punjab National Bank was covered under Tailor-made Group Mediclaim Policy, issued by the insurer to Indian Bank’s Association, along with his wife and children, for a floater SI of Rs. Four Lacs from 01.10.2015 to 30.09.2016. The complainant underwent treatment for Acute Anal Fissure, Spasmodic Sphincter with Proctitis in M/s Shreyas Hospital, Surat on 14.04.2016 and incurred Rs.45,272/- for the treatment. The TPA rejected the claim stating that ‘AYUSH’ treatment is covered only when it is taken in a Government recognized hospital. The complainant represented to the insurer to review the decision stating that the Surat Municipal Corporation is not registering the Medical institutions and submitted other documents in support of his claim. There was no revision in the decision of the insurer. FINDINGS The claim of the insured person for ‘AYUSH’ treatment was declined by the insurer on the ground that the hospital was not recognized by the Govt. nor it has any accreditation with NABH. The complainant contended that local authorities not registering the medical institutions and the hospital was recognized by Maharashtra govt. and it had all other facilities like any other allopathic hospital. The insurer rejected the claim stating that the claim for ayush treatment was admissible only when treatment was undergone in a govt. recognized hospital. Since the hospital where the insured person had undergone the treatment was not recognized by the govt. the claim was not admissible in terms of the policy. DECISION The main issue to be decided in the present complaint is whether the reimbursement for surgical procedure done by an Ayurvedic doctor in Surat is admissible under the terms and conditions of the policy issued to and held by Indian Banks’ Association. The insurer ‘United India’ relied on policy condition no. 3.3.1 which speaks of Ayurvedic treatment where hospitalization expenses are admissible only when the treatment has been undergone in a government hospital or in any institute recognized by the government or accredited by quality council of India or National Accreditation Board on Health. The treating doctor is registered under Gujarat Medical Practitioner’s Act by Gujarat Board of Ayurvedic and Unani systems of Medicine his registration was renewed up to 31st December 2016 by Central Council of Indian Medicine. But no evidence was produced before this Forum about registration of the Hospital with the Gujarat State Government under Gujarat Board of Ayurvedic and Unani Systems of Medicine. Since the policy specifies admission of Ayurvedic treatment expenses in a government hospital or its recognized hospitals only there is no scope for intervention in favour of the complainant. Complaint is dismissed.