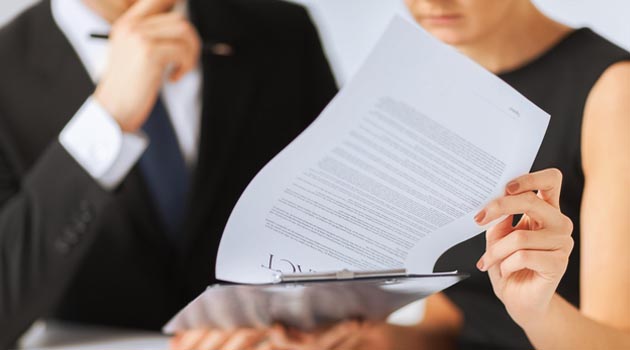 Legal News
November 20, 2018 admin 471 Views 0 Comments apollo munich health insurance, Easy Health Insurance Policy
Premjeet Sharma had taken an ‘Easy Health Insurance Policy’ from Apollo Munich Health Insurance for his parents. The policy, which commenced from December 12, 2010, was renewed regularly. A premium of Rs. 15,274 was paid for the period December 12, 2013, to November 30, 2014. During the third year of the policy, Sharma’s mother underwent heart surgery for aortic and mitral valve replacement at Kokilaben Dhirubhai Ambani hospital. A cashless facility of Rs. 480,000 was sanctioned for this surgery which was performed on August 3, 2013. The handwritten discharge summary that was unsigned mentioned that she was suffering from rheumatic heart disease since 15 years. So the insurer sought a clarification. The hospital replied that the ailment was in existence since six to eight months as certified by the treating doctors. Despite the clarification, not only did the insurer repudiate the claim, but it even terminated on the policy on the ground of non-disclosure of pre- existing rheumatic heart disease for 15 years. Sharma then approached the Mumbai Suburban District Forum, which accepted the insurer’s stand, but merely awarded a refund of the premium for the remaining tenure of the cancelled policy. Sharma appealed to the Maharashtra State Commission. He pointed out that his mother had been subjected to a complete checkup before issuing the policy. No heart ailment was found during the medical examination, and the policy was issued after ascertaining her health condition. He argued that reliance was wrongly placed on an unsigned discharge card despite the correct facts have been certified and communicated by the treating doctors and the hospital. The Commission observed both insurance is a contract requiring utmost good faith. The crux of the dispute was whether or not Sharma’s mother had knowledge of rheumatic heart disease. It noted that the insurance company’s stand was based on an unsigned handwritten document which did not have any authentication. There was not an iota of evidence to show that rheumatic heart disease was pre-existing. Accordingly, by its order of August 30, 2018, delivered by S K Kadake for the Bench along with Justice A P Bhangale, the Maharashtra State Commission concluded that the repudiation of the claim was not justified. It set aside the Forum’s order and directed the insurer to settle the claim by paying Rs.480,000, along with 9 per cent interest. A time limit of three months was given for compliance, and in case of delay, the interest would stand hiked to 12 per cent for the period of delay. In addition, a compensation of Rs. 200,000 was awarded for mental agony and harassment, to be paid within three months, or along with 18 per cent interest if delayed. Besides, litigation costs of Rs. 10,000 were also awarded. If the insurer alleges that a disease was pre-existing, it must produce cogent evidence in support; else the claim has to be paid.