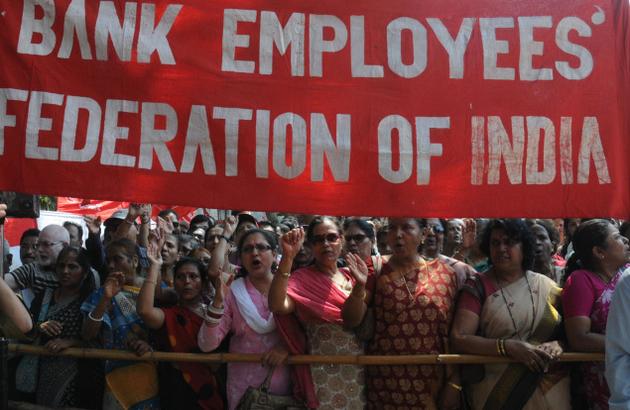 Operations have been affected in those banks where these unions have a strong presence. The strike follows the Lok Sabha clearing Banking Laws (Amendment) Bill after the government dropped controversial provisions relating to allowing banks to trade in futures. The Bill is scheduled to be considered by the Rajya Sabha. The Bill paves the way for foreign investments in the sector and establishment of new private banks.

The Bill will allow RBI to supersede boards of private sector banks and increase the cap on voting rights of private investors in PSBs to 10 per cent from 1 per cent. The amendment to the banking laws will dilute the interest of public sector banks, AIBEA General Secretary C H Venkatachalam said. Besides, the striking unions are also against the merger plans of banks and opening of the sector to private players.

The unions claimed that about 7 lakh employees of various public sector banks are participating in the strike. Many banks, including Indian Bank and Corporation Bank, had informed customers that normal functioning of branches may be affected if strike materialises.