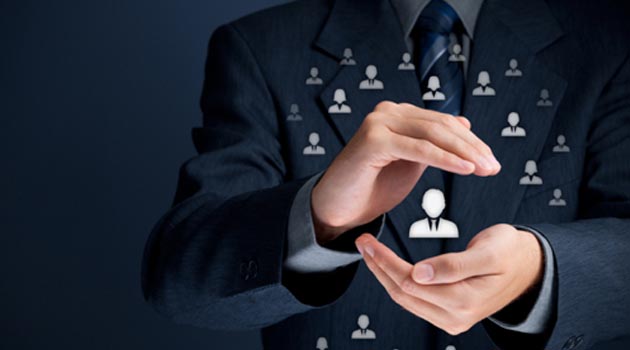 Reinsurance articles
October 6, 2017 admin 1616 Views 0 Comments
Insurance in India has been a very old concept, traces of its existence can even be found in the Manusmriti, Dhramashasstra, Chanakya’sArthshastra and their likes.  The government of India has been specially focusing on insurance in the recent past. Motor insurance is already mandatory, and life insurance has been duly stressed upon by the present government. What we would like to focus on, is the insurance of insurance companies. Seems awkward, isn’t it? It is not a new concept. Almost every insurance company gets itself insured of a proportion of its possible claims, or against huge amount of claims. In fact, the government of India has set up an independent reinsurance company (a company which provides insurance to insurance companies) GIC Re for this specific purpose. Since the privatization of insurance business in India in 2000many private insurance companies has been set up in India. Albeit new private insurers have increased in the market, there has been no increase in the reinsurance companies in India. Taking this into consideration, opening India’s reinsurance market to foreign reinsurers seems essential. There has been a lot of discussions over allowing the foreign reinsurance companies to set up their branches in India. The regulatory body of insurance and reinsurance in India the IRDAI (Insurance Regulatory and Development Authority of India) is no stranger to this.The regulator on February 4th, 2016 through the official gazette promulgated the regulations for registration and operations of branch offices of foreign reinsurers.The diversification of the risks in a portfolio helps to reduce the potential losses as a result of catastrophe. With this view of reducing losses, insurance companies cede a part of the premium collected by them to a reinsurance company. Till now GIC Re serves to be the sole Indian re insurer (global rank of 14) with a majority share in the total Indian reinsurance market. The regulation proposed by the regulator focuses on the minimum retention criterion for the foreign reinsurance companies operating in India (as a percentage of their Indian reinsurance business) and the preferences given to them incidental thereto. Two categories have been specified based on the proportion of retention of 50% (category I) and 30% (category II).The gazette through regulation 28(9) clause (a) requires that an insurer should first prefer the Indian Reinsurer (GIC Re) “and thereafter to those granted certificate of registration under regulation 4 (a)” which requires (along with other requirements) a minimum retention of 50% of the Indianreinsurance business. It then specifies clauses (b),(c),and(d) requiring preference to category II companies, then to the branch of reinsurers set up in SEZ’s and that the balance ,if any, to Indian insurers and overseas reinsurers. Prima facie, the regulation of retentionship of a 50/30% of Indian reinsurance business seems to contradict the principle of diversification of funds required as to reduce potential reinsurance losses by promoting concentration of funds, however it aptly aids the IRDAI’s mission of providing long term funds for the accelerating growth of the economy. The authority seems to have had atradeoff between securing diversification of reinsurance proceeds and long term funding of the economy through the reinsurance premium. And since the Regulator is the ultimate authority, it seems fair enough to assume that the retention percentages prescribed by the regulator strike the correct balance between the two. GIC Re-the only Indian reinsurer receives a statutory cession of 5% of each general Insurance policy (subject to certain limits). A meticulous reading of the regulationreflects that the Indian reinsurerhas been given preference not only to overseas reinsurers and those retaining 30% of their Indian reinsurance business but also to category I reinsurers (retaining 50% of their Indian reinsurance business).This apparently differs from the vision of the Insurance Bill of providing an open market for Reinsurance and keeps GIC Re better off than any other reinsurer with respect to Indian reinsurance business,(obviously until unless any other Indian reinsurer comes into picture). Given the regulatory acumen of IRDA this must have been backed by some reason. However as the credit rating and other criterion for GIC Re are no stringent than that for others, reasons for giving GIC Re the preference are not apparent. Another point to be noted is that no premium retention criterion has been stated for GIC Re. The authority has clearly assumed the superiority of GIC Re in conducting the reinsurance business in tune with its (authority’s) overall objectives and missions over and above all other reinsurers. Given the absolute authority of the IRDA it is somewhat fair to accept that this assumption is backed by strong evidences and relevant data, still however since GIC Re is a highly profitable wholly owned subsidiary of the government of India, which is also responsible for appointment of IRDA’s top officials there arises a doubt whether there a conflict of interest of ownership and regulator ship which led to formation of these biased regulations. The Authority has stated as an explanation that it will undertake a review of the working of these regulations and in particular operation of Regulation 28(9) – order of preference for cessions by Indian insurers after a period of one year based on the reporting’s made to it.As of now there has been no reviews on these regulation. We shall wait for the authority to provide final clearances for foreign reinsurers to set up branch offices in India, after a year these preference order may be relaxed providing a level playing ground for other foreign reinsurers making situations more favorable for them to conduct business in India, as of now even after adhering to all the regulations of IRDA they do not get equal preference with the local reinsurer.

Disclaimer-The views and opinions expressed in this article are those of the author and do not necessarily reflect the official policy or position of any agency of the Indian government. Examples of analysis performed within this article are only examples. They should not be utilized in real-world analytic products as they are based only on very limited and dated open source information. Assumptions made within the analysis are not reflective of the position of any Indian government entity.