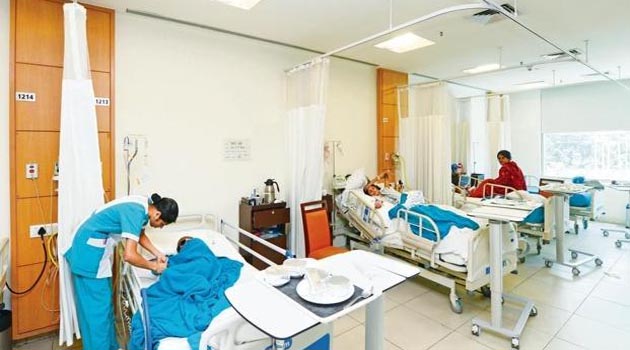 Health Insurance News
September 12, 2018 admin 466 Views 0 Comments Ayushman Bharat, Confederation of Indian Industry (CII), National Health Protection Mission
The government is planning to bank upon the public-private partnership (PPP) model to try and raise an additional 160,000 hospital beds. According to the report published by PwC-Confederation of Indian Industry (CII) around 160000 beds are needed to provide health cover under its ambitious Ayushman Bharat-National Health Protection Mission (AB-NHPM). Slated to be the world’s largest health insurance scheme, Modicare, aims to provide free health insurance of Rs. 5 lakh per family to nearly 40% of the population—more than 100 million poor and vulnerable families (approximately 500 million people) based on the socio-economic caste census. At least 33% of the people covered by the scheme will have no previous health insurance coverage and will have a hospital admission incidence rate of 6% with an average length of stay of three days. A PwC-Confederation of Indian Industry (CII) report on AB-NHPM highlighted that the government will require the right infrastructure strategy to meet the new bed capacity demand. Currently, there are 1.35 million hospital beds for around 180 million people population covered under the Rashtriya Swasthya Bima Yojana, according to the report. “From the new population, which comes under coverage for the first time, and also from increased demand from previously covered population due to higher coverage, the demand for new beds can be met by capital investments, changing the status of non-functional beds to functional, public-private collaboration, new business models and focus on preventive health care,” the report said. According to the Quality Council of India, an autonomous body to set up to ensure standards in various sectors, at least 6,000 private hospitals are likely to join AB-NHPM.