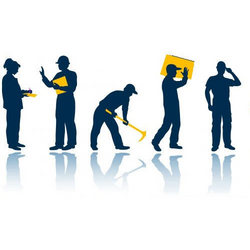 As such, there is a dire need to extend the employees’ state insurance scheme to the unorganised labour sector, said Pravin Sinha, senior advisor for labour and industrial relations, Friedrich Ebert Stiftung.

“This scheme that is a part of the Employees’ State Insurance Scheme Act, 1948, will allow workers in the unorganised sector to be entitled to all medical benefits if they are enrolled in it,” he said.

Right now, the Act is restricted to workers in the formal sector.

“Though the Central government has verbally agreed to extend it to the informal sector, nothing has been done yet,” Mr. Sinha said.

He was speaking at a two-day national consultation programme organised by the National Federation of Construction Labour (NFCL).

While the government is yet to implement this scheme for the unorganised sector, there is also the problem of who pays for it, he said.

“The builder is supposed to pay a cess of 2-3 per cent on the construction cost of a project which may go to the construction welfare board. But in most states, including Tamil Nadu, the builders pay less than one per cent as cess,” he said.

Lack of a permanent employer-employee relationship is one of the major difficulties in the implementation of the insurance scheme in the unorganised sector, said N.P. Samy, president of NFCL

He said, “Many labourers work temporarily on construction projects and this kind of a transient relationship between the employer and employee makes it complicated to apply such schemes to them.”