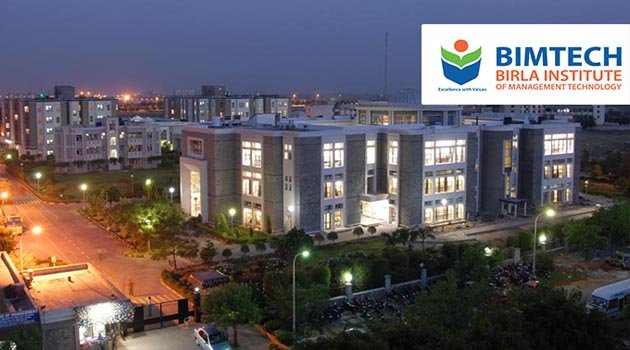 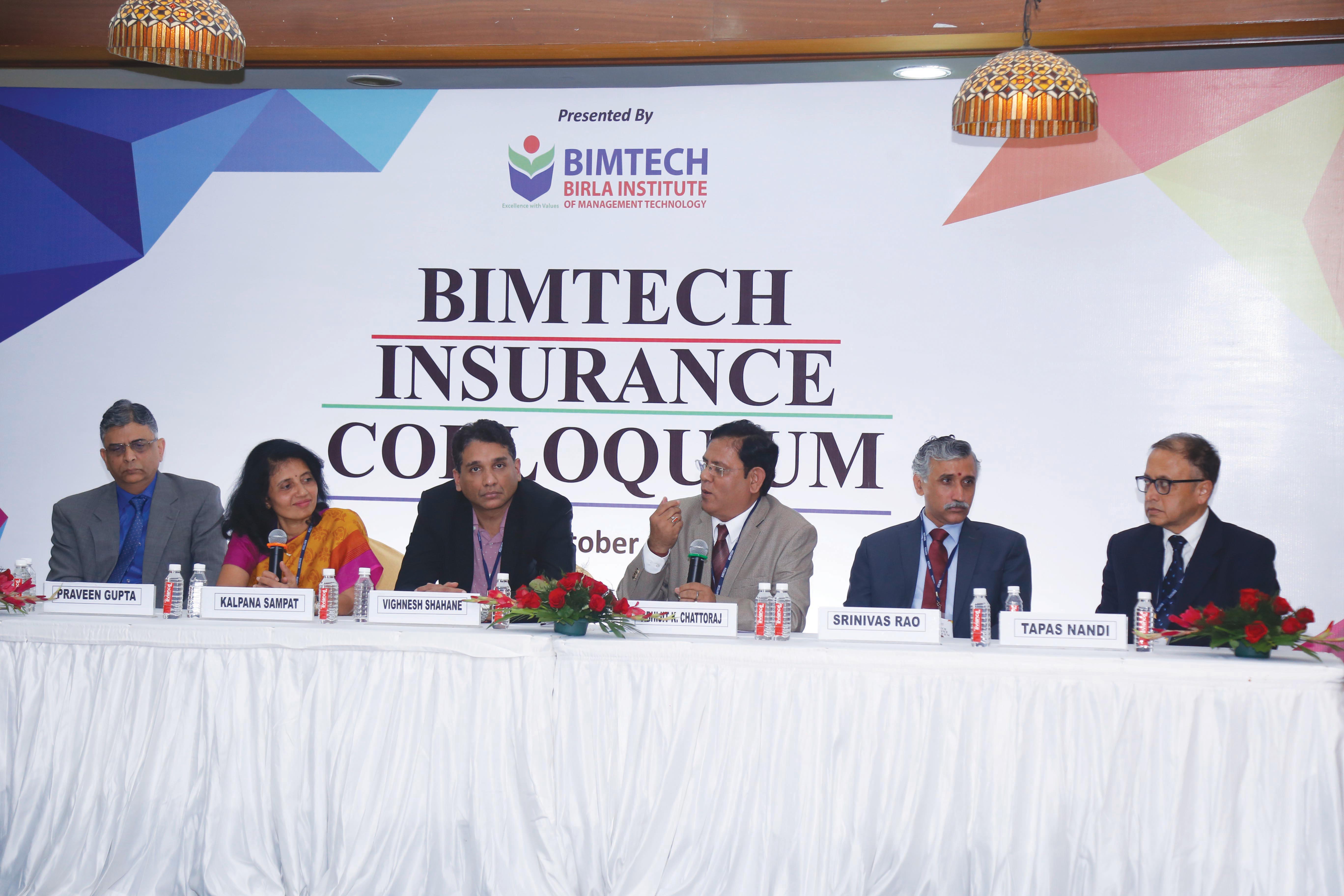 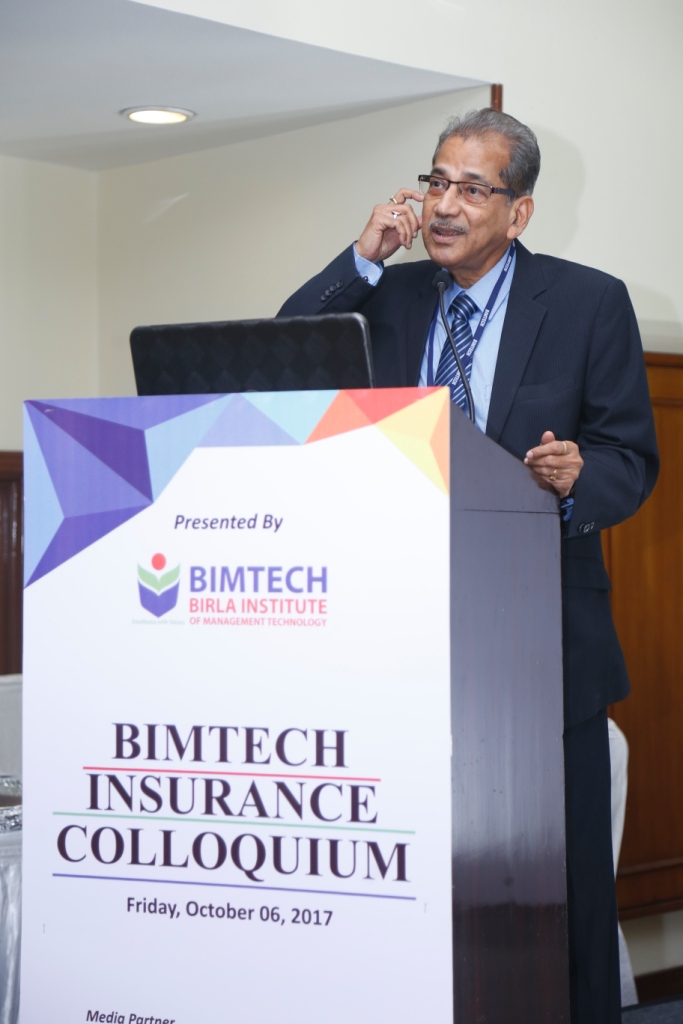 All panellists were unanimous in their views that the focus of the insurance industry must shift from product centricity to customer centricity in view of the technology disruption.  ‘The use of IT must ensure better customer experience at a time when most customers are looking for customised products. The mindset in India must change to accept the innovations and adaptability required to transform the insurance business in days to come. It can happen only when the IT is put at the forefront’ the panel members concurred. The panel also felt that it was now well established that over the last few years, “technology” had been at the forefront and centre of every industry. ‘Disruption with the help of digital technology is changing the face of organizations cutting across the domain boundaries. In many ways, it is now easy to conclude that every business is a technology driven business. In advanced economies like USA, UK, EU, the sector is witnessing tectonic changes like the disruption being caused by companies like Lemonade.   So, time is perhaps ripe for the disruptive IT push in insurance for ensuring cost effective operations in all vectors and frictionless customer experience, which will, hopefully, trigger a virtuous cycle for the industry. It is becoming very evident that IT is no longer just an enabler but is a strategic component in itself’. The panel concluded. 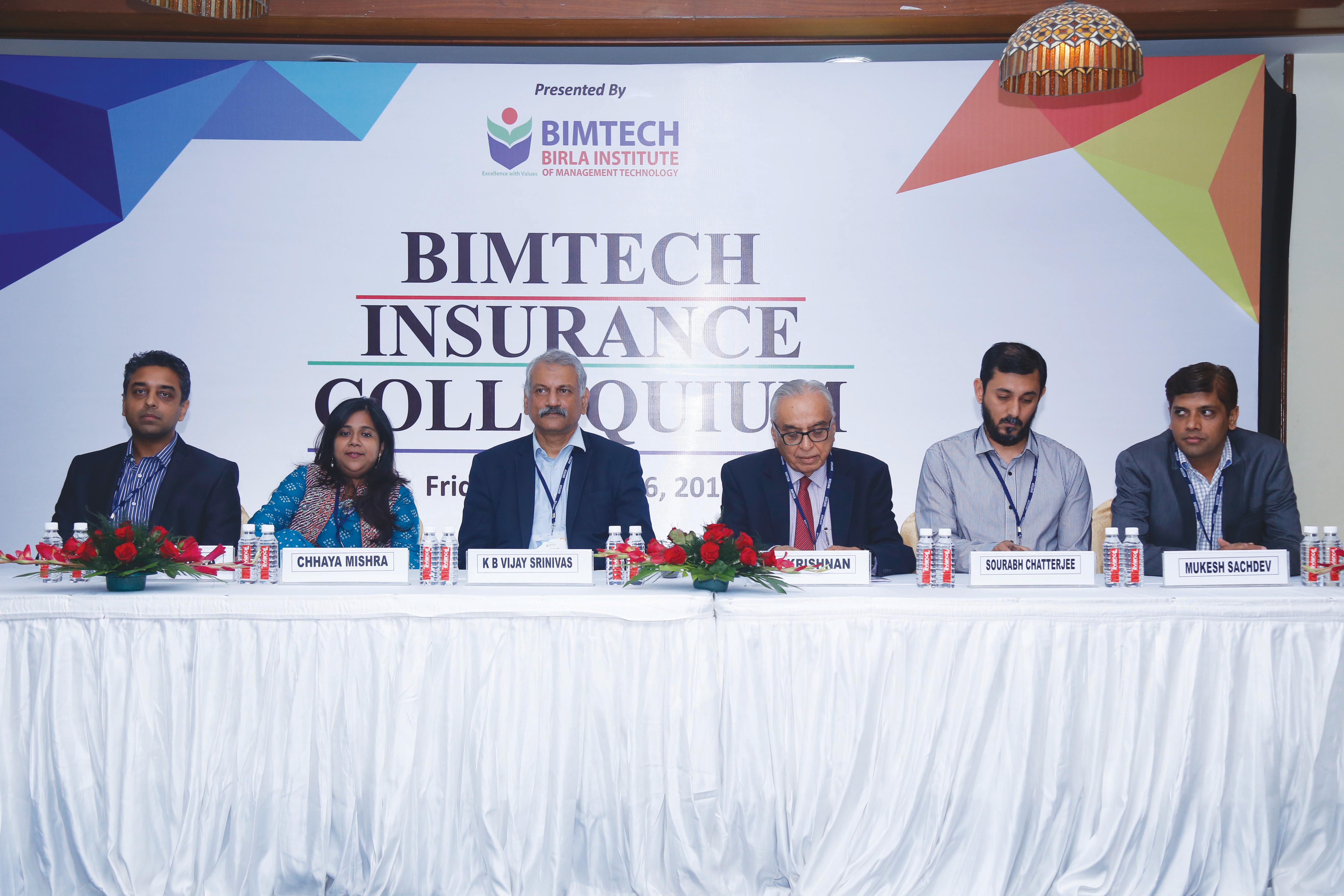 The second panel discussion (CEO Round) on ‘Closing the Protection Gap’ also witnessed lively deliberation among the top corporate personalities from the insurance industry. The protection gap in India and all over world has been widening with every passing year posing both challenges and opportunities for insurance companies to further unlock their potential, increase their societal relevance and improve their value propositions. The protection gap assumes formidable proportions despite the availability of innovative insurance solutions. For every $100 needed for protection, only $7.8 of saving and insurance is in place for a typical Indian household, leaving a massive mortality protection gap of $92.2. The gap in coverage has been demonstrated dramatically in India by the Chennai floods where the insured losses were estimated to be $0.8 billion, making it the second costliest insurance event in India. It caused an economic loss of $2.2 billion leaving around 65% of the total economic losses uninsured. Mr. Praveen Gupta–Managing Director & CEO Raheja QBE General Insurance Co. Ltd., Ms. Kalpana Sampat-Managing Director & CEO Swiss Re Services India Private Ltd, Mr.Vighnesh Shahane –CEO and  Whole time Director at IDBI Federal Life Insurance, Mr. Srinivasa Rao–Managing Director Life & Health Munich Re India Services Private Limited, Mr. Tapas Nandi–CEO & Principal Officer JB Boda Insurance Brokers Pvt Ltd featured in this engaging discussion moderated by Prof(Dr.) Abhijit K.Chattoraj , Professor and Chairperson , Centre Of Insurance & Risk Management. The panellists agreed that the total economic losses caused by the disasters have been on the rise but the insurance losses are not growing in the same pace – the protection gap is yawning. Awareness remains the most poignant issue even today in India and, therefore, insurance has not entered into the psyche of common Indians. But they felt that this should be viewed more as an opportunity rather than a problem. The panellists felt that the focus of life insurance in recent days was back on protection rather than savings when confronted with a question that India has the highest mortality protection margin (92.2%) in the region as growth in savings and life insurance coverage has lagged behind economic and wage growth. ‘The protection gap in health and also in energy segment is matter of worry. Technology must be harnessed to bridge this gap’. The panel observed. ‘In India, the government is also taking steps to close this gap. Recently, the government’s decision to increase the coverage under the Pradhan Mantri Fasal Bima Yojana from 30 per cent to 40 per cent in 2017-18 and 50 per cent in 2018-19 was indeed a significant step. There are several levers available to help increase insurance penetration in India in the life, non-life and health sectors.’ The panel also lauded the role of the regulator in closing the protection gap. The colloquium was a huge success as host of senior executives from the industry, senior academicians and students participated in the colloquium. Prof. Manoj Pandey, Chairperson Admission –Bimtech proposed the vote of thanks.

Mr. B.D .Banerjee was honoured with BIMTECH Lifetime Achievement Award at the first BIMTECH Insurance colloquium held at MCA Recreation Centre, Mumbai. He was felicitated with the coveted award for his illustrious career spanning more than four decades in the Insurance Industry. Mr. Banerjee played an important role in the establishment, growth and consolidation of the Non-Life Insurance sector in India. His efforts and the initiatives enabled him to occupy top corporate leadership positions. At the ripe age of 76, he is as fit as a fiddle. He still wears his trade mark cherubic smile and continues to be modest to the fault. A direct recruit LIC officer of 1964, for General Insurance Wing, Mr. Banerjee went on to become Chairman-cum-Managing Director, of The Oriental Insurance Co. Ltd., New Delhi in 1999 –this being an  additional  Charge along with his position as  GIC MD. In February 2000, he was fully made CMD of The Oriental Insurance Company Ltd. He was also given the additional charge of Chairman-cum-Managing Director, of National Insurance Co.Ltd., Kolkata in October 2001 Prior to that, he was Managing Director, General Insurance Corporation of India (GIC), Mumbai between 1998 and 99. He was Administrator, Pune Stock Exchange, Pune- 2003-04 and Insurance Ombudsman, Mumbai, for the States of Maharashtra & Goa between 2004& 06.He was Executive Director (Vigilance) in Life Insurance Corporation of India (LIC), Mumbai  (1996-97) and General Manager of United India Insurance Co Ltd., (1994-96)BetweenDec.2001&Oct.2002, he was Consultant (Head-Western Zone)- Training establishment of then Allianz Bajaj Life Insurance Company. 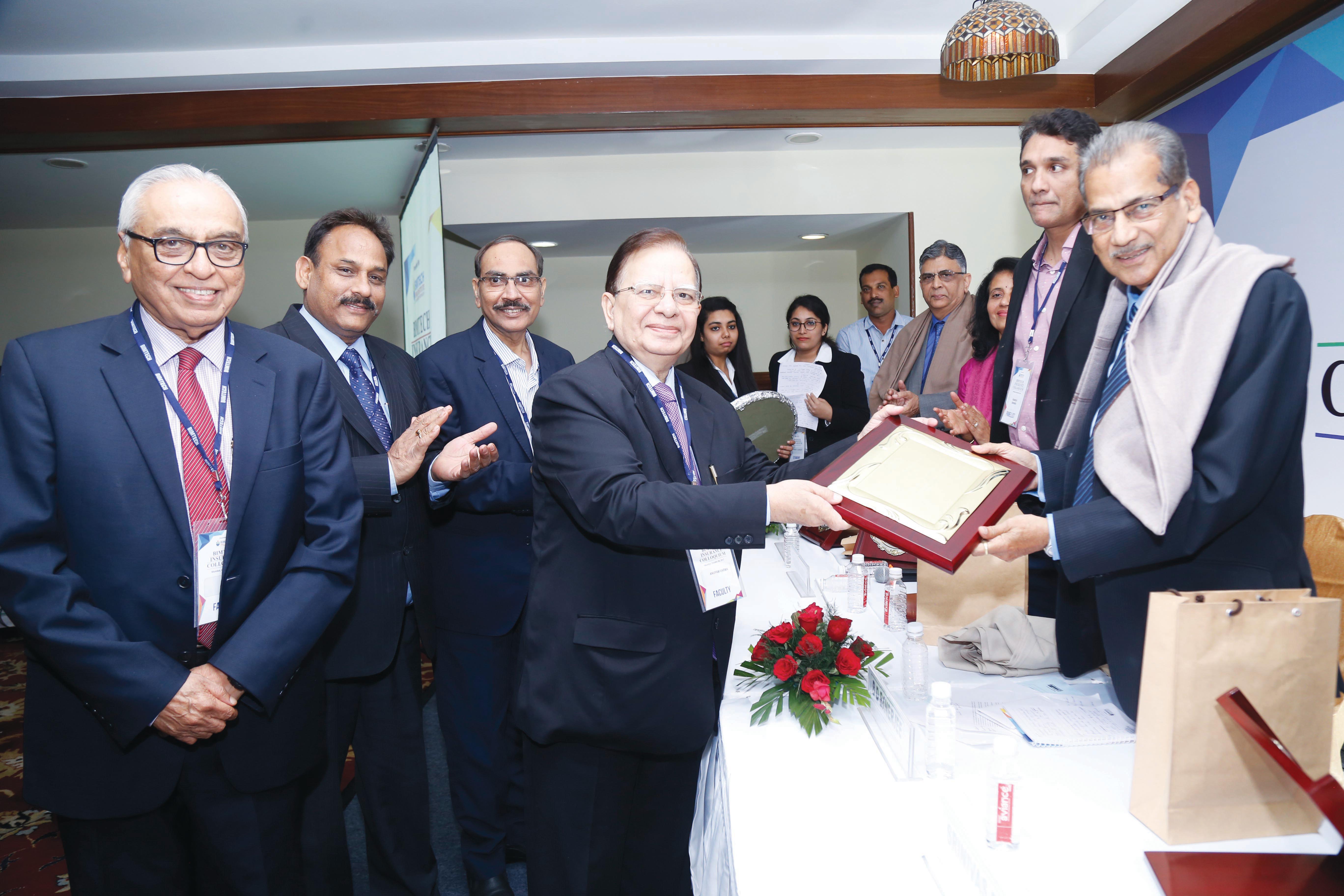 Till recently, he was independent director on the Boards of Rallis India Ltd, Mumbai (a Tata Group Company) and Tata-AIG General Insurance Company Ltd, Mumbai He also played stellar role in international operation. He was Indian Representative in the forums like Federation of Afro-Asian Insurers and Re-Insurers (FAIR), Association of Insurers and Re-Insurers of Developing Countries (AIRDC), International Union of Marine Insurers (IUMI) in various countries across the globe. He was also Indian Representative at the CEO Meet at Glen Cove, New York (USA) on Global Management Program- Non-Life sector. He led the placement of Aviation Insurance of Jet Airways in London, Munich, Zurich and Paris. He led the GIC team to Tokyo, Japan to study the viability of Savings Linked Insurance Schemes in India. Another feather in his cap was to lead  the GIC team to Miami, Florida (USA) to introduce Managed Healthcare Schemes in India. He negotiated Oil and Energy Risks with the International market for placement of Indian Oil and Energy majors’ risks and also acted as Consultant to United Nations on the viability of Livestock Insurance in Nepal (1991). He was given many special assignments. He was nominated Project Consultant along with Institute of Public Health, Bangalore, on a project on Health Insurance in India, launched jointly by Ministry of Health and World Health Organization (WHO)  to report on Private Health Insurance in India—(May- December,2007) He was also nominated by IRDA to serve as a Member on a Committee on Health Insurance for Senior Citizens-(April- November 2007) and member, Consultative Committee, IRDA (2008-2011 He is also known for his academic exploits.  He is council member/ faculty- Goa Inst. of Management, Goa & EIILM, Kolkata. He is a visiting faculty at National Insurance Academy (NIA), Pune. He is also a prominent member of the advisory of BIMTECH. He received his Masters in Philosophy with Honors in Graduation from Presidency College, Calcutta University .He is an Associate of Insurance Institute of India, Mumbai and also holds Certificate in Executive Management Training from MDI, Gurgaon. As a quintessential Bengali bhadrolok, he admires Indian Art & Culture, Classical music, Rabindra sangeet, drama& theatre He is also an avid reader of English and Bengali Literature and an ardent enthusiast of Sports – Soccer, Cricket, Hockey and Tennis, in particular.