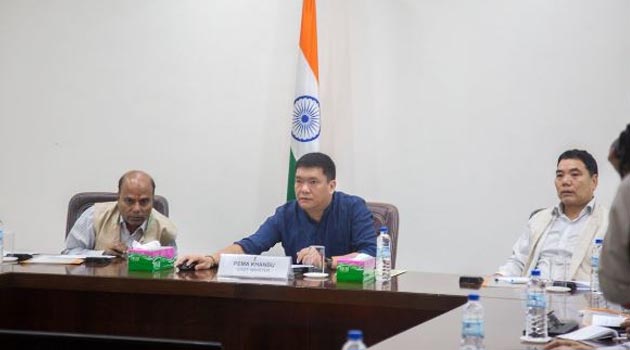 Health Insurance News
August 4, 2018 admin 669 Views 0 Comments Arogya Arunachal Yojana, Ayushman Bharat National Health Protection Mission, Universal Health Insurance Scheme
Arunachal Chief Minister Pema Khandu called for strict monitoring and implementation of the CM’s Health Insurance Scheme during the soft launch of the Chief Minister’s Arogya Arunachal Yojana (CMAAY). The CMAAY is a health assurance scheme that will enable citizens to avail cashless health services in empanelled hospitals through a web portal based software developed and implemented by MD India, the third party administrator of the scheme. This new scheme will replace the erstwhile Chief Minister’s Universal Health Insurance Scheme. The CMAAY will be dovetailed with the centre’s Ayushman Bharat National Health Protection Mission, and implemented by the Chief Minister Arogya Arunachal Society through its web portal by the same name. The vision is to accord quality and cashless health care services to the people of the state envisaging universal health care to all by 2020. Once launched, the scheme will offer health care services of up to Rs 5 lakhs per family per year. Pema congratulated the officers of the state health and family welfare department for working hard and coming up with a well-framed scheme, while reiterating that the state government was committed from day one to revive the health insurance scheme. He emphasized that success of a beneficial scheme like health insurance depends on its successful implementation and continuation. “Launching a scheme is not difficult, but successfully running it is difficult. Therefore, everything should be well studied from the very beginning and all scopes for hurdles to creep in should be nipped at the bud,” Pema pointed. The chief minister also directed the departmental officials and representatives of MD India to strictly adhere to the timeline for implementation of the scheme so that it can be launched on Independence Day next month.